He was received at the airport by Malaysian Ambassador to Switzerland, Datuk Ho May Yong.

Temperatures are freezing at minus 15 degress Celcius at Davos, which is located 148 kilomteres south-east of Zurich.

The special aircraft carrying the Prime Minister and his wife arrived at the Zurich ExecuJet Terminal at 4.30pm local time.

Later, at the hotel, Najib and Rosmah were welcomed by members of the Malaysian delegation participating at the WEF.

The Prime Minister would use this year’s WEF, themed “Resilient Dynamism” as a platform to showcase Malaysia’s vibrant economic growth and opportunities despite the global economic uncertainty in recent years.

In scheduled bilateral and one-on-one meetings with the political leaders and captains of industry, Najib, who is also Finance Minister, would build a strong case for Malaysia as a preferred investment, trade, education and tourism destination in Asia.

He would also market Malaysia’s branding based on the success of the Economic Transformation Programme (ETP) since its launch in October 2010 at the forum.
— BERNAMA 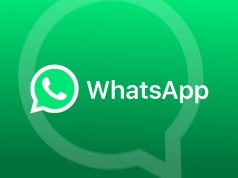