This is the second of three features on Langkawi, Malaysia’s premier resort island.

LANGKAWI, Feb 5 – Despite falling into the hands of the opposition in the 2008 general elections, the Barisan Nasional (BN) federal government still poured massive funds for implementation of development projects
on this resort island. Until today, Langkawi remains a ‘jewel in the crown’, as it is ranked the premier tourism destination in Malaysia. When tabling Budget 2012, Prime Minister Datuk Seri Najib Tun Razak announced the five-year Langkawi tourism development master plan with an allocation of RM420 million. On Dec 8 in 2011, Najib launched the Langkawi Development Blueprint  2011-2015, a detailed plan to make Langkawi one of the top 10 eco-tourism destinations in the world.

According to the Langkawi Development Authority’s (Lada) Chief Executive Officer Tan Sri Khalid Ramli, Langkawi has achieved a high level of development. However, its people have higher hopes and demands, giving rise to several issues. He said since the Langkawi Development Blueprint was launched by the Prime Minister, Lada had been active in meeting the objectives of the blueprint.

“The blueprint is a master plan with major objectives, with its target to be achieved by the year 2015. In terms of development, it involves the federal and state government agencies,” he said. He said Lada was acting not only as the implementing agent but also as the supervising body.

Khalid said the blueprint involved 15 players with 15 initiatives and 76  sub-initiatives that also included the private sector. He said in order to meet the challenges of the globalisation era, Lada needed to improve its human-resource capabilities. As for the grouses among Langkawi’s people, Lada now has to make all parties understand the issues, because different people have different problems.

“We are in the midst of making Langkawi the best eco-tourism island in the world. For that, we should have one dream, one vision,” explained Khalid. Khalid clarified that Lada had held briefings and dialogues with the local
residents before implementing any project to ensure that they understood Lada’s mission. He said Lada had met with all parties, including village heads, representatives from the hotel industry, the Malaysian Association of Tour and Travel Agents (Matta), as well as non-governmental bodies (NGOs), in order to obtain their feedback on the blueprint.

“I have also set up a consultative committee…it gathers the NGOs, industry players and individuals who can contribute ideas. Feedback was also sought from universities such as UKM (Universiti Kebangsaan Malaysia) and UUM (Universiti Utara Malaysia),” he explained further.

Khalid said Lada was aware that the low-season months for tourist arrivals were March to July; therefore, a greater number of iconic international events would be held to lure more visitors to the resort island.

“We need more attractions apart from duty-free shopping. Tourists need to have a reason to come here. Among the events can be those related to culture. It can be turned into a draw, as outsiders want to see our culture,” he said.

According to Khalid, there were calls for Lada to hold a larger number of international conferences in Langkawi. As such, events help to bring more tourists to the island.

NOT EVEN ONE PER CENT POVERTY

Speaking of the claims that the locals were not benefiting from the economic pie, Khalid said such claims were untrue. He said before Langkawi gained its status as a duty-free haven, poverty on the island had been some 60 per cent, but that had declined to less than one per cent now due to the significant contribution of the tourism sector.

“This is a fact. In terms of business, we invite anybody. We assisted the locals, such as homestay operators and the fishermen’s association, in becoming involved in tourism. The blueprint is not merely for tourists; the benefits are for the Langkawi people too,” he clarified.

On the claims that Langkawi had been neglected after former Prime Minister Tun Dr Mahathir Mohamad’s era, Khalid said these claims, too, were untrue.

“As compared to now, development then needed planning and a lot of government efforts,” he said, adding that the blueprint takes into account the interests and needs of the locals, apart from potential benefits to them.
“(What) they want is the continuation of community development, apart from tourism-industry development. They hope that Lada will continue (community development)…as for the other aspects, they gave their agreement, support,” said the Lada CEO. He said Lada received an allocation of RM420 million from the federal government, and a major portion of it was used to develop iconic projects such as the Laman Padi, Kompleks Mahsuri, Telaga Tujuh, Air Hangat and many more.

“Langkawi has promising tourism products…but needs more activities. We will use the allocation to make Langkawi the main draw for tourists,” he said.

Khalid said that although Lada’s role had never changed, the agency needs to evolve with time.

“(Lada’s role) is still the same…earlier, we acquired land; so, there is a land bank. We partnered with the private and government sectors; we never sold (the land) but developed it. If no land was acquired, then how would we develop Langkawi?

“Previously we focused on community development…now our focus is on the economy as we want to develop Langkawi. If we construct infrastructure without stimulating the economy, then there will be no benefits and improvement in income. This is for the people to receive the benefits,” he said. According to Khalid, at the moment, Lada is seen as focusing on development in certain areas, but this depends on the demand and availability of Lada’s land.

“Lada has no land all over the island. It depends on the demand; if there are parties who wish to develop, then we will help. We buy land under the Kedah government. We have no problems with the state government,” he said, while denying that Lada is only selling land now.

The issue concerning the Malay reserve land in Langkawi has reached the Kedah State Legislative assembly, where several state legislative assembly representatives have voiced their concern over the “Malaysia My 2nd Home”
concept, in which foreigners are only allowed to buy completed real-estate assets and not land. Despite this, foreigners have actually bought land.

“The government is aware that many foreigners are living in Langkawi, and we control the situation to ensure no land is lost. If there are ‘Ali-Babas’, then it is difficult for us to eradicate the issue,” he said, adding that the
state government had rejected a request by foreigners to buy an island in the Langkawi archipelago. 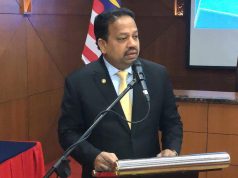 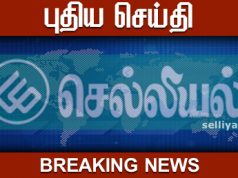