New Delhi, Feb 15 – Despite introducing measures to ensure women’s safety on trains, the Indian railways has reported an increase in molestation cases and eve teasing on trains in the past one year.

Data from the Rail Ministry shows a total of 189 sexual harassment cases were reported in 2013 by female passengers, an increase from 119 cases in 2012 and 72 in 2011, Press Trust of India (PTI) reported.

Rape cases on the other hand fell from seven in 2012 to five last year.

A total of 290 suspects were arrested for crimes against women last year, the rail ministry said.

Although a parliamentary committee on railways has proposed that CCTV cameras be installed in ladies’ compartment on trains, the Indian Railways said it has no immediate plans to do this.

Among other measures suggested by the committee include having emergency alarm bells in women compartments, painting compartments in a distinct colour to make it easily identifiable to female passengers, and deploying a sufficient number of security personnel at railway facilities. 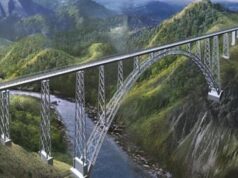