Zakri said according to the new findings from a British medical journal, The Lancet, 49 percent of women and 44 percent of men in this country were found to be obese.

“This is a very big problem because it has implication on diabetes, heart problem and others and our Prime Minister (Datuk Seri Najib Tun Razak) has also asked the global science and innovation advisory council to work on this,” he told reporters after the launch of the United Nations University-International Institute for Global Health (UNU-IIGH) at the Universiti Kebangsaan Malaysia (UKM) medical centre here, today.

According to a new study published last month by the medical journal,Malaysia was rated heavyweight at 45.3 percent of its population, followed by South Korea (33.2 percent), Pakistan (30.7 percent) and China (28.3 percent).

Zakri said the presence of the UNU-IIGH would help the government to find a way on how to solve the issue in this country.

Meanwhile Malone said that the UNU-IIGH would emphasise on several key issues of universal concerns like physical and mental health hazards posed by the world’s rapid ongoing urbanisation.

“This UNU-IIGH in Malaysia will also look at the policy level that plays an equal importance towards meeting the needs for integrative thinking about health, climate change, urbanisation and biodiversity loss,” he said.

The UNU-IIGH here was founded in 2007 and it is one of 13 UNU institutes and programmes located in 12 countries.

The mission of the UNU-IIGH is to build knowledge and capacity for decision-making about global health issues. 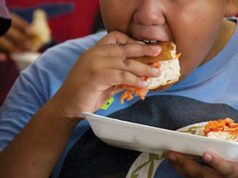 Study finds extreme obesity may cut lifespan up to 14 years