KUALA LUMPUR: Still nursing the near fatal wounds sustained in the last general election, MIC is limping towards the frontline once again. And while its supporters remain optimistic, its detractors however believe that it would not survive the looming battle.

Amidst this uncertain future comes a scathing open letter from an outspoken MIC leader to his president, which could plunge the Barisan Nasional component into a crisis just ahead of the polls.

Aware of the risks and repercussions involved, S Vell Paari told FMT that he felt compelled to ink his thoughts since the issue transcended partisan politics.

In his letter, the MIC strategy director urged G Palanivel(Pic) to push for stern action to be taken against academic Ridhuan Tee Abdullah for penning an article which disparaged those who professed the Hindu faith as well as Perkasa president Ibrahim Ali.

Failing which, Vell Paari warned that he would put into motion a proposal to call on Indians not to cast their ballots for the ruling coalition in the coming polls.

“If no action is taken against Ridhuan and Ibrahim, I would push forward my proposal in advising the Indians who to vote for. I would use the MIC platform to go forward with my proposal.

“The only way for you [Palanivel] to stop me is to sack me. The ball is in your court,” read the letter, which was copied to FMT.

Vell Paari said that Palanivel should raise this matter during next week’s Cabinet meeting and press Home Minister Hishammuddin Hussein to make a stand.

The MIC leader also clarified that he was asking the president to take the lead based on protocol.

“As a MIC member, where we represent Indians of all faiths and a member of a race called Malaysian, I cannot remain quiet on this sort of issues any longer, which tend to crop up with increasing frequency. The community wants to know what is our response.

“We berate Pakatan Rakyat for breaking temples but keep quiet on these insults. If the reverse had happened [a Hindu insulting Islam], all hell would have broken loose,” he said.

“With regard to the controversy regarding the use of the word Allah, it went to the extent where a certain imbecile called for Bibles to be burnt. Why must is it always be a one-way street when it comes to our [non-Muslim] sensitivity?” he added.

‘We are not children of a lesser God’

Vell Paari said that when he criticised Ridhuan, he had to recharge his mobile phone several times as he was flooded with calls in support of his stand both from within and outside MIC.

“If we continue to remain silent on such issues because we are afraid of antagonising certain powers- that-be, then we might as well close shop and convert the MIC headquarters into a banana leaf restaurant. We cannot hold our heads high, when our tails are between our legs,” he added.

Vell Paari pointed out that Ridhuan, who was an associate professor with the National Defence University, also held other government-related positions.

“He is a committee member of the Islamic Consultative Council in the Prime Minister’s Department, a national council member of the Muslim Welfare Organisation (Perkim) and executive facilitator at the civil service integrity enhancement unit in the Islamic Development Department.

“He sits in these positions including the Prime Minister’s Department and hits out at MIC, a member of the government that he is employed by. This is a clear case of insubordination and defiance of Prime Minister Najib Tun Razak’s 1Malaysia concept,” he said.

“If Ibrahim calls for the torching of Bibles to protect his faith, then what should our reaction be towards someone who had insulted our faith and the Thaipusam festival?

“Who are Ridhuan and Ibrahim to talk about non-Muslims and our religions? In what way are we children of a lesser God? We too have every right to stand up and protect the God we pray to. This country is our home as much as it is theirs. They should be charged with sedition,” he stressed.

Vell Paari said the time had come for BN component parties to be on equal footing with Umno instead of being subservient to the big brother.

“Let’s have some pride and respect. It’s better to quit with dignity then to live in shame in BN for the sake of having a few appointments in government.

“Are MIC and her members in BN just to hold flags, to wear free BN t-shirts, fill up seats at events and to play postman to deliver cheques issued by the Prime Minister’s Office?” he asked.

Vell Paari noted that for the first time, there was a prime minister who was willing to engage the Indian community and make a difference.

“We should educate this prime minister on the needs of the community and not the other way around – for him to say what he thinks this community needs,” he added.

The MIC leader cited several examples which the party could propose such as to raise the Indian equity target to 10%, looking into upgrading the computer facilities and quality of teachers in Tamil schools as well as to eradicate criminal elements in the Indian community and improving the standard of the police force, which suffered from a perception crisis.

He also invited Najib to visit the MIC headquarters and hold heart-to-heart discussions with the CWC members and division chairmen.

Returning to the Ridhuan issue, Vell Paari told Palanivel that as the party’s strategy director, it was his strategic advise that the president take the bull by its horns.

“While I must commend the prime minister for signing the election integrity pledge, we must also call on him to take a proactive and bold stand on this matter.

“Ridhuan must be removed from all his government-related appointments. We should not ask for him to be terminated from his employment because we should not punish his family for his mistake. But let’s not be contented with a simple apology,” he said.

Vell Paari, who insisted that he would not join the opposition should he decide to throw in the towel, would also sent copies of the letter to the CWC members.

It is learnt that the MIC leader had received gentle reprimands from the BN leadership to tone down but when quizzed on this, he refused to disclose the details. However, he vowed not to cave in to pressure.

“If MIC is considered an equal partner in BN, then action against the likes of Ridhuan would be taken without me having to resort to such measures,” he said.

Asked if he was advocating for MIC to withdraw from the coalition, Vell Paari declined to comment.

With Malay votes divided between PKR, PAS and Umno, Indian votes were crucial to the ruling coalition, especially since Chinese voters had turned their backs on BN.

In the aftermath of the Hindraf protest, Indian voters, who till then were considered to be true blue supporters of BN, had swung their support in favour of the opposition during the 2008 polls.

MIC and MCA continue to find themselves in a political conundrum as several quarters remain adamant on exploiting sensitive issues despite the prime minister’s 1Malaysia call. 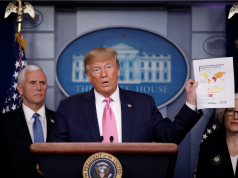 Health Ministry receives 2.5 million doses of Polio vaccine from WHO