SHAH ALAM, October 2- The Selangor government will be reviewing the pay hikes given to the menteri besar, state executive councillors (Excos), Speaker and Deputy Speaker, which came into effect on Jan 1.

Selangor Menteri Besar Mohamed Azmin Ali said the hikes needed to be reviewed taking into consideration the responsibilities shouldered by them.”The new recommendations will be tabled at the next sitting of the state assembly in November,” he told reporters in Shah Alam, Wednesday.

However, Mohamed Azmin said the salaries of ordinary assemblymen would not be affected by the review.On Nov 22, 2013, the Selangor State Assembly approved salary increases for all its 56 elected representatives effective Jan 1 this year, with the highest increase given to the Deputy Speaker amounting to 373.3 per cent.

Prior to that, the last time there was a pay hike was in 2011.Meanwhile, when asked to comment on the position of PKR de facto leader Datuk Seri Anwar Ibrahim as Selangor economic advisor, Mohamed Azmin said Anwar remained in the post.

“We have studied the minutes of past Exco (state executive council) meetings and found that what was decided by Tan Sri Abdul Khalid Ibrahim (Azmin’s predecessor) on Sept 22 was closing the Economic Advisor’s office with immediate effect.

“Thus the question of the termination of his services does not arise, so now we will discuss again his role to help economic growth in Selangor and obviously we will give the appropriate facilities for him to do his job,” he said. 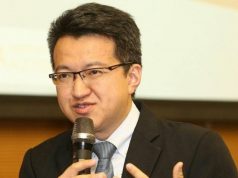