Most markets were boosted in January by holiday traffic as well as visitors to the Dubai Shopping Festival. Regionally, South America remained the fastest-expanding market in terms of percentage growth (+23.7 per cent), followed by the GCC (+21.8 per cent), Australasia (+21.3 per cent) and North America (+20.8 per cent). The Middle East was the only region to record fewer visitors (-6.5 per cent) with traffic impacted by continuing political instability in Iran and Syria.

In the GCC, January’s traffic numbers was largely driven by a 46.2 per cent year on year surge in passenger numbers from Saudi Arabia. At 386,698 visitors, the Gulf state was the fastest-growing country in percentage terms in January 2013 among Dubai International’s top 20 country destinations. It was also second behind India in actual passenger numbers. Passengers from India totalled 751,688 in January 2013, up 14.8 per cent from the same month last year.

Air links continue to be expanded between Dubai and Saudi Arabia with Emirates, flydubai, Nasair and Saudi Arabian Airlines all adding new flights in 2012. During the year, Emirates added new flights to Jeddah, Dammam and Riyadh while flydubai expanded its network to include Jeddah, Dammam, Riyadh, Taif, Yanbu and Tabuk. Saudi Arabian Airlines, meanwhile, added flights from Medina and Riyadh to Dubai and low-cost airline Nasair introduced links between Riyadh and Dubai.

Freight volumes also rebounded in January 2013, surging 8.6 per cent to 188,520 tonnes, up from 173,531 tonnes recorded in January 2012. The latest data signals a return to robust growth in cargo volumes at Dubai International, the increase supported by improved consumer confidence in the United States and Europe.

“January’s record passenger numbers confirm that the growth trajectory recorded last year has continued into 2013 and Dubai Airports has taken another steady stride towards the 98 million passengers a year we expect to pass through our airport by the end of the decade,” said CEO Paul Griffiths.

“The near perfect timing of Concourse A’s opening has allowed us to increase our capacity to 75 million passengers a year and make sure we can continue to accommodate the rising number of people who chose to fly through Dubai International. It is also a strong endorsement for our US$7.8bn SP2020 expansion plan which will allow us to remain one step ahead of our expected growth by increasing our capacity both on the ground as well as in the air.” 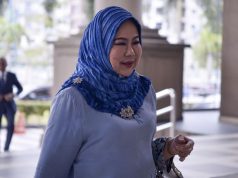 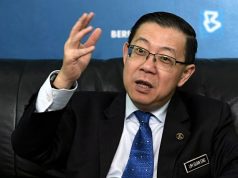