The passing away of Jayalalithaa Jayaram, the Chief Minister of Tamil Nadu, India

The “immortal” Amma (mother) or Jayalalithaa Jayaram, the Chief Minister of Tamil Nadu, died on December 5, 2016, following a cardiac arrest at the Apollo Hospital, Chennai, Tamil Nadu. A month ago she was admitted at the hospital for health reasons.

India is a land of extremes. While women do not enjoy the same status as men, however, under certain political, social and economic circumstances their popularity might even edge men. This is the case of Jayalalithaa who governed the state for five terms.

Jayalalithaa started her career in the Tamil film industry, but within a short span of time she rose to stardom. She acted with M.Ramachandran (popularly known as MGR) in many films and when the latter turned to politics, she followed suit.

Without the guidance and advice of Ramachandran, Jayalalithaa would have not made it in the political world.

But she was not passive participant in the turbulent world of Tamil Nadu politics. Ramachandran who was then the Chief Minister having sense her abilities and charisma gave her important political posts that eventually catapulted her to be a star in the political world.

In many ways, Jayalalithaa was no different to the nefarious ways of her main rival, M. Karunandhi, the chief of DMK party (Dravida Munnetra Khazam). Despite building up her cult of personality, surrounding herself with sycophants and a throwing a lavish wedding celebration for her adopted son, she as an effective administrator than Karunandhi.

While Karunandhi provided lip-service to the plight of Eelam Tamils in Sri Lanka, Jayalalithaa in her later part of her political career took up the cause of these discriminated people. It was she who was responsible for the passage of a number of resolutions in the Tamil Nadu state assembly that condemned the atrocities committed by the Sri Lankan state against innocent Tamils. It was she who called for a referendum for Tamil to decide their political future in Sri Lanka.

Jayalalithaa was no “Mother Theresa”, she was acussed of amassing wealth beyond her means. There were number of corruption charges that were levelled against her. A few years back she was convicted by a Karnataka High Court for corruption and jailed. However, in a matter of few days, she appealed the mater and was released on bail. The matter of her corruption is still pending in Karnataka.

Allegations of wrong doings and corruption charges did not prevent Jayalalithaa being a “star” politician in Tamil Nadu. Tamils being easily given in to emotions considered the allegations against her as the work of her political enemies and went to the extent of giving her a new political mandate the recently concluded Tamil Nadu state assembly elections.

As long as Ramachandran, Jayalalithaa’s mentor was in power, nobody could dislodge him. Similarly, Jayalalithaa having inherited the political mantle from Ramachandran was quite “invincible” in the areana of Tamil Nadu politics.

While Jayalalithaa could have earned kudos at the global level in championing the cause of Sri Lankan Tamils, she was unable to bring about a major social and economic transformation to the lives of ordinary Tamils. Given the political divide between the center and state, there nothing much she could do except to show her displeasure from time to time about inertia of the center. Even on the issue of water sharing, there was nothing much that Jayalalithaa could do to stem the opposition from the state of Karnatka.

Jayalalitha could have brought much changes to the ordinary people in Tamil Nadu. However, by relying on the mechanisms that center -staged her personality and cult, she failed to inject the much needed vitality for the emergence of new politics in Tamil Nadu.

In terms of bringing social change, Tamils will not remember Ramachandran or Karunandhi or Jayalalithaa, but the good work done by Thantai Periyar and to some extent Anna during the intial period of the Dravidian movement.

Jayallithaa could be hero-worshipped by Tamil in Tamil Nadu, but she cannot be considered as global leader of Tamil. This status would invariably belong to the person who led the Tamil liberation movement. 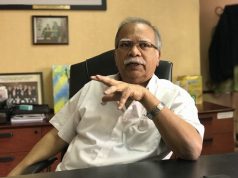 “Charge them in open court for LTTE links” – Ramasamy