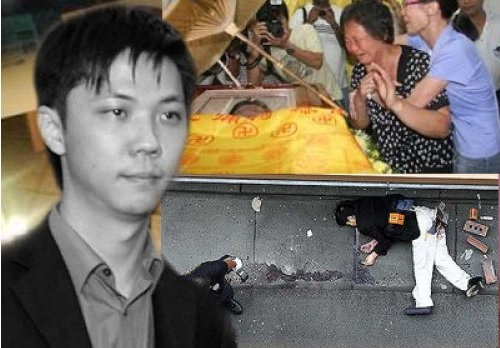 SHAH ALAM — The police has set up a special task force involving the Criminal Investigation Department of the Selangor and Bukit Aman Contingent offices to investigate Teoh Beng Hock’s death.

Selangor Police Chief Datuk Noor Azam Jamaludin said it was following the order of the Attorney-General on July 16 that the sudden death case be investigated under Section 342 of the Penal Code (Wrongful Detention).

He said so far, five individuals who were witnesses to the case have recorded their statements, including Seri Kembangan state assemblyman Ean Yong Hian Wah and lawyer M. Manoharan.

“Police will also call Tricia Yeoh (a newspaper columnist) for raising the issue through her article titled ‘Seeking Fresh Leads To Teoh Beng Hock’s Death’ in the News Straits Times newspaper on July 17 to assist in the investigation.

“Several public witnesses will also be called in the near future to record statements for further investigation,” he said in a statement here today.

According to Noor Azam, the investigation was conducted after the Court of Appeal ruled that Teoh’s death was due to a criminal offence in which the deceased had allegedly fallen from a building caused by unlawful acts.

The court also ruled that the cause of the incident was driven by one or more unidentified individuals including officers of the Malaysian Anti-Corruption Commission (MACC) besides the detention, he said.

According to Noor Azam, the investigation papers would be referred to the Attorney General’s Chambers for further instructions from time to time.

Teoh was found dead on July 16, 2009 on the fifth floor of Plaza Masalam here, after giving a statement at the MACC office on the 14th floor of the same building.

The late Teoh was the political secretary to Yong who was then Selangor New Village Development and Illegal Factory Task Force Committee chairman.

Second screening for Urine samples of 16 individuals in Condo raid