Kuala Lumpur, September 8 – Malaysian Tamil movie industry is suddenly beaming with pride with a string of successful attempts. ‘Maindhan’ the latest Tamil movie directed by C.Kumaresan received accolades for its technical excellence and managed to become the top-grossing Malaysian local Tamil movie of all times, despite the onslaught from the release of Surya’s blockbuster ‘Anjaan’.

Another movie, ‘3 Geniuses’ produced by Film Combine, is set for release later this month. It is touted as the first local Tamil movie with a scientific theme and is expected to do well at the box office since famous actor-director K.Baghyaraj is taking a lead role in the movie.

K.Baghyaraj is playing the role of a Scientist and probably “3 Geniuses” is the first Tamil movie with a leading artiste from Tamil Nadu. 3 child artistes play key roles in the movie.

The movie is directed by P.K.Raj who has also taken the responsibility for story, screenplay and dialogues.

The movie was completely filmed in Malaysia. Local stars Shashi Abbas, Aghonderan and  Sangeeta Krishnasamy have taken key roles in the movie together with comedian Satya.

In a press conference recently held in Kuala Lumpur, the producers announced that the movie is expected to hit the screens on the 25th of September. The Audio launch of the movie has already taken place in Chennai which was attended by leading artistes from India and Malaysia.

“3 Geniuses” is the first local production with a scientific theme. The story revolves around 3 young students who end-up meeting Professor Ramanujam. Ramanujam identifies their brilliance and uses them for a new scientific research. The villains find out about this research and make attempts to steal the research concept. The story is then told with several twists, whether Ramanujam and students succeeded in their research while escaping from the villains.

Adish Utharian scores the music for the movie. The songs were written by M.Pugalenthi. The songs are said to have been filmed depicting ‘1Malaysia’ concept with scenes reflecting cultural background of Malay, Chinese and Indian communities.

The movie is produced by Siva.G.

Makesh K.Dev is the Director of Cinematography for the movie and editing is undertaken by R.G.Anand.

Commenting about the movie, producer Siva said, he took different path instead producing a run-off-the-mill movie with love and stunts. “This movie will create some awareness among movie viewers. I have taken lot of pain to produce the movie and it is a must see for school students” he further said.

“3 Geniuses” will be screened in more than 35 screens all over Malaysia and the movie is expected to be released on the 25th of September 2014. 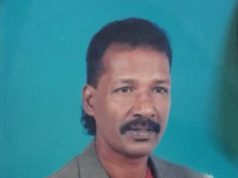