CYBERJAYA, October 3 – Malaysians spend between three and five hours daily in the cyber realm, with 58 per cent of them being pre-occupied with the social media through their hand held gadgets.

Studies indicate 41.7 per cent of the youths between 20-29 age group and 16.5 per cent of the children and teens below 19 are ardent internet users and their numbers keep increasing by the day.

The Senior Director for Outreach and Engagement at the Communication and Multimedia Commission (SKMM) Eneng Faridah Iskandar said being over engrossed with the internet could lead to problems related to the state of mental health.

They include emotional stress, worries and depression.”Preoccupation with the internet could lead to addiction, and if it is more than seven hours in a day then one has a serious addition problem. So we have to monitor our children to make sure they don’t end up addicted to the internet.

“The best way to know if one is addicted to the internet is by seeing their reaction when there is no Internet? Do they suffer from emotional stress,anxiety and depression or could not concentrate on their studies”, she said in an interview with Bernama.

THE DANGERS WITH THE PREOCCUPATION WITH THE INTERNET

The excessive use of internet will lead to lethargy that affects’ one’s health that include problems with the eyesight and heart and contributes to obesity and overweight problems right from young.In fact, several incidents caused by serious addiction to the internet have been reported in the country and all over the world.

Among them, is the death of a 23 year old youth in Penang at the end of 2013 after being engrossed in a computer game for more than 15 hours.Earlier, a 30 old youth died in Beijing, China after playing online games non-stop for three days at a cyber cafe. The youth is said to have sat in front of the computer for three days non-stop, without eating, drinking or sleeping.

“The internet and the plethora of gadgets are part of the daily life of the present generation to the extent some cannot differentiate between the real and the virtual world as both complement each other”, she said.With gadgets flooding the market – smartphones, iphone, ipads, laptops,tablets, tabs and the rising buying power of the public, the number of Internet users is expected to rise to 25 million people by 2015, compared with 18.6 million in 2012.

Eneng Faridah explained that all the information would be shared in the cyberspace, including half-truths and false information, through social websites like Facebook and Twitter, and the information not only goes beyond the national borders but would also remain in the archives forever.

The internet could also drive a wedge between individuals and families, and in the bigger picture could threaten public order and security.”Many of the consumers do not understand the cyber ethos. Their actions go beyond national borders and the limits of the law”, she pointed out.

Eneng Faridah noted that, social websites like Facebook and Twitter were the avenues to posts statuses and not the place to pour out the feelings, unleash panic or seek cheap publicity.The public too seem to have a wrong perception that the commission has full control of everything that happens over the Internet and the misdeeds over the cyber realm can easily be forgiven.

“Impossible, because we do not have the human resources to monitor the whole of internet realm. However, what goes against the law in the real world is also wrong in the cyber realm”, she added.She explained that, though the commission plays the role of a coordinator,it has no internet user directory, email list, handphone directory, of even the record on the Facebook, Twitter, blogger accounts in the country.

The commission in fact refers to service providers, including Telcos, in investigating complaints.Therefore, the cooperation with the public is important in conducting investigations and in channeling credible information.Eneng Faridah also disagreed with the proposal that Malaysia blocks Facebook like done by some countries China, Cuba, North Korea and Iran.

“This is not an effective approach in controlling the cyber content, because Facebook can be replaced with other information conduits.”Moreover, internet abuse in the country has yet to reach a critical level that required radical remedy. Having said that, we also stress that the power to control the internet, including Facebook, is on the hands of internet users themselves”, he said. 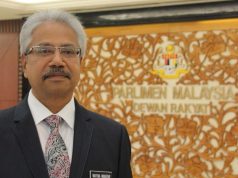 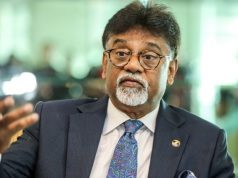 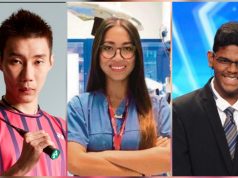