While the heads of state and government of other member countries were flown to Dhulikhel in Kavre district by Nepal Army helicopters, Modi flew in an Indian Air Force helicopter, said media reports.

The otherwise traditional retreat during any SAARC summit is significant this year with reports of host Nepalese Prime Minister Shushil Koirala making a last-ditch effort to rescue the two-day talks, which is threatened to be a flop after Pakistan refused to agree to key agreements proposed by India and other nations.

Before the 18th SAARC summit began in Nepal, three agreements were prepared – two on improving road and railway networks in the region and one on making the electricity-starved region to trade in electricity. The future of the agreements is uncertain after Pakistan objected to them.

In its 30-year history, the SAARC has delivered almost negligible results as far as economic ties and development among the eight members – Afghanistan, Bangladesh, Bhutan, India, the Maldives, Nepal, Pakistan and Sri Lanka – is concerned. Despite a free trade agreement signed in 2006, the right nations conduct barely 5 per cent of their total trade with each other.

Moreover, there are few transport and power linkages between the eight nations, a fact that was stressed upon by Prime Minister Narendra Modi in his maiden address on Wednesday morning.

“As SAARC, we have failed to move with the speed that our people expect and want. Nowhere in the world are collective efforts more urgent than in South Asia, and nowhere else is it so modest,” he said.

At the Dhulikhel retreat, the leaders are expected to discuss the SAARC agenda as well as bilateral issues in an informal setting over breakfast and lunch. The retreat is a unique tradition of the SAARC summit where leaders hold private, unofficial bilateral and multilateral talks in a relaxed atmosphere.

Bangladeshi Prime Minister Sheikh Hasina is not attending the retreat citing poor health, according to reports. She has decided to rest at the Soaltee Crown Plaza until the closing ceremony of the 18th SAARC summit in the evening.

Among the leaders gathered at the retreat are Afghan President Ashraf Ghani, Bhutanese Prime Minister Tshering Tobgay, Maldivian President Abdulla Yameen and Pakistan Prime Minister Nawaz Sharif. The retreat is to end at around 2 pm and all state leaders will fly back to Kathmandu from Dhulikhel for the closing event of the 18th edition of the summit. 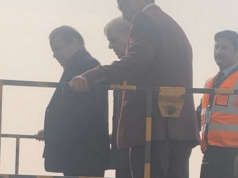 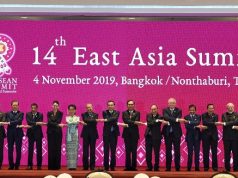 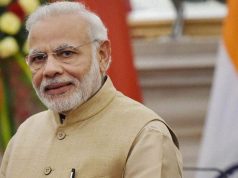