PETALING JAYA: The Prime Minister’s wife Rosmah Mansor(Pic) has dismissed allegations that she had pocketed the rakyat’s money for personal use.

“I do not understand why some people would criticise Permata when the programme is for the betterment of future generations,” she said in her biography.

“Some are angry because the government had allocated a big budget for Permata when in fact, not a single sen goes into my pocket,” she added.

Rosmah was responding to allegations that her Permata Programme for gifted children was a waste of public funds and an avenue for her to make money.

She also dispelled allegations that her “visits” to other countries was a waste of government funds.

“Most of my trips overseas are to accompany my husband on duty. Otherwise, it is to give speeches on developments and progress in Malaysia,” she explained.

“When invited, the hosts will incur all the expenses,” she added.

She cited her recent trip to Riyadh, Saudi Arabia, where the expenses of the Malaysian delegation were fully incurred by the Saudi government. Since Najib’s inauguration as prime minister in 2009, Rosmah has constantly been under the spotlight for her extravagant spending.

She has since shed light on numerous controversial issues in her biography launched on Tuesday by former prime minister Dr Mahathir Mohamad. Rosmah’s 180-page biography is entitled “Biographi Rosmah Mansor” and the authors are Siti Rohayah Attan and Noraini Abdul Razak.

Her biography is now available in bookstores and is priced at RM150 a copy. 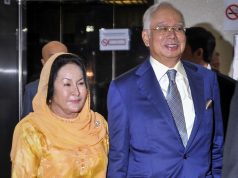 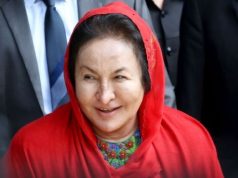