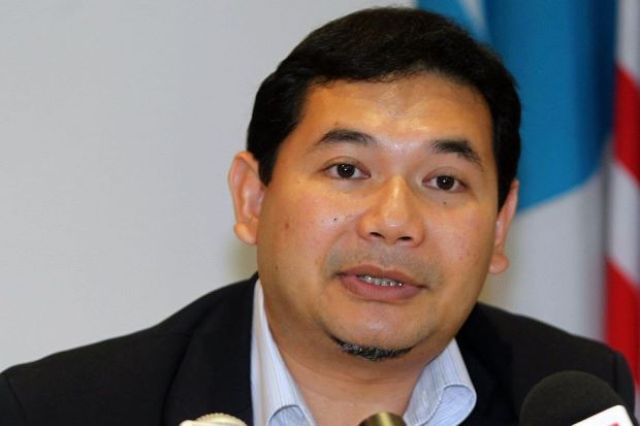 KUALA LUMPUR – Mohd Rafizi Ramli may be re-appointed as PKR vice-president to fill one of the appointed posts in the party’s top leadership line-up for the 2018-2021 term.

PKR communications chief, Ahmad Fahmi Mohamed Fadzil said he did not dismiss that possibility based on the stated stand of party president, Datuk Seri Anwar Ibrahim on his willingness to give places to individuals who gave support to the party.

“Perhaps Rafizi is in the list. Anwar had stated that those prepared to assist and support the party to strengthen its machinery would be absorbed into its top leadership.

“The full list of the committee will be announced soon,” Ahmad Fahmi told reporters after attending the official opening of the Pantai Sentral elevated highway, near  the New Pantai Expressway, by Deputy Works Minister, Mohd Anuar Mohd Tahir, here, today.

In the PKR elections that ended recently, Rafizi lost to Datuk Seri Mohamed Azmin Ali in the contest for the post of deputy president.

PKR secretary-general, Datuk Seri Saifuddin Nasution Ismail had earlier said that 24 appointed posts in the party would be decided after Anwar completed his engagement sessions with the state and divisional leaders.

The party’s constitution gives the president the power to appoint five people to the Central Leadership Council, two vice-presidents, one secretary-general, one information chief, treasurer and 14 state chairmen.