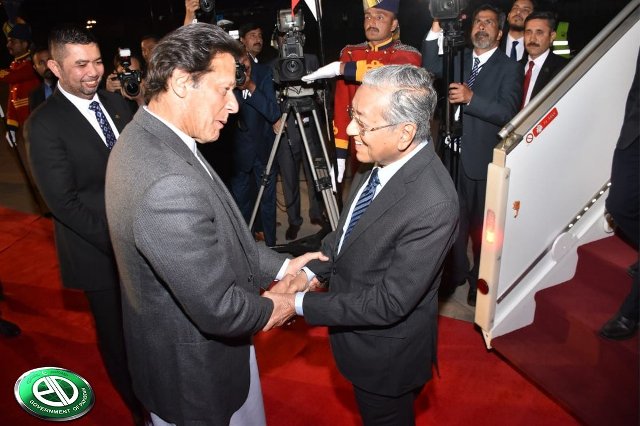 The aircraft carrying Dr Mahathir touched down at the Pakistan Air Force Nur Khan airbase in Rawalpindi at about 7.50 pm (10.50 pm Malaysian time). 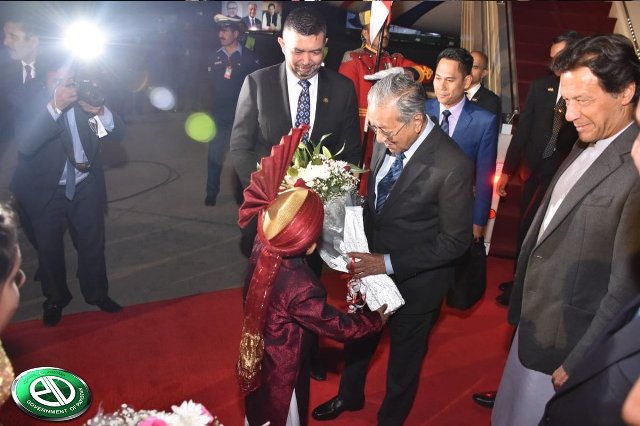 A highlight of the visit is Dr Mahathir being conferred the Nishan-e-Pakistan or Order of Pakistan, the country’s highest civilian award, by Pakistan President Dr Arif Alvi on Friday.

The Malaysian Prime Minister will also attend the Pakistan Day 2019 parade at the Shakarparian parade ground here on Saturday as the guest of honour. 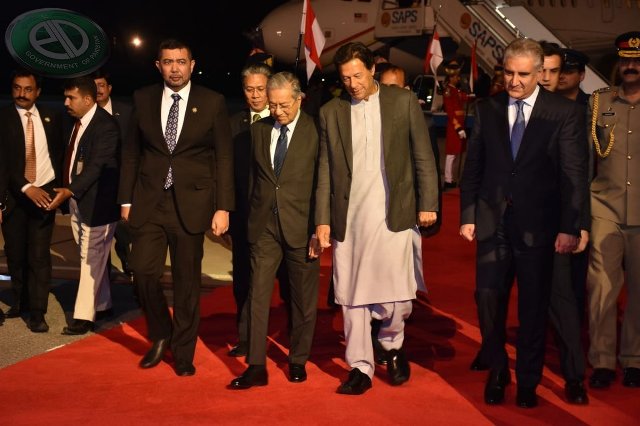 After that, the two prime ministers will have a four-eyed meeting, which will be followed by a delegation meeting between Malaysia and Pakistan.

Later, the two prime ministers will attend a roundtable meeting with the captains of industry of Malaysia and Pakistan at a hotel here.

Also on Friday, Dr Mahathir will pay a courtesy call on President Arif at the Aiwan-e-Sadr Presidential Palace, where he will receive the Nishan-e-Pakistan award.

Dr Mahathir’s visit is at the invitation of his counterpart Imran Khan to attend the Pakistan Day celebration, which is observed on March 23 every year.

This is Dr Mahathir’s first visit to Pakistan since becoming Malaysia’s seventh prime minister last year. When he was prime minister for the first time, from 1981 to 2003, he had visited Pakistan thrice, in 1984, 1997 and 2002.