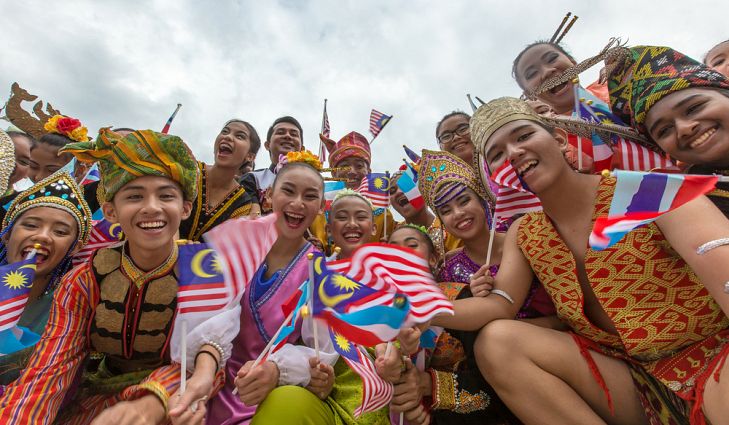 KUALA LUMPUR:  There is nothing quite as potent in preserving the value of our country’s independence than fostering the spirit of unity, understanding and acceptance of our diversity.

From Perlis to Johor and across Sabah and Sarawak, there are over 100 ethnic and sub-ethnic groups from different ancestries, beliefs, rituals and religions. This makes Malaysia a truly unique country.

Aside from the Orang Asli and the indigenous groups in Sabah and Sarawak, Malaysian is also made up of minority groups like the Sikh, the Kelantan Peranakan Chinese, the Baba and Nyonya, the Chettiar, the Siamese and the Portuguese.

A senior lecturer at the Faculty of Human Ecology at Universiti Putra Malaysia (UPM), Associate Prof Dr Sarjit Singh Gill, said these groups also contributed significantly to the country’s development before and after the nation’s independence and as such, should be treated justly.

“The minority groups in this country have to be part of that shared prosperity that our Prime Minister Tun Dr Mahathir Mohamad talks about. They should also be able to enjoy the fruits of the nation’s development and the benefits of the economic spillover so that they don’t feel sidelined,” he said.

The ethnic minorities have played a significant role in securing the country’s independence. The Sikhs, for example, were prison officers and part of the police force under the colonial British rule. They are still part of the security forces today.

The Orang Asli were also part of the highly-skilled Senoi Praaq Jungle Squad (Pasukan Polis Hutan) (PPH) while the Sarawak Rangers comprised Iban soldiers who fought against the communists.

In addition to that, he said, ethnic minorities were also largely involved and excelled in sports.

“That is why this year’s National Day theme ‘Love Our Malaysia: A Clean Malaysia’ is important in unifying Malaysians, so that we can jointly celebrate how far we’ve come,” Sarjit said.

This is the same thing that Malaysia’s founding father and first Prime Minister, the late Tunku Abdul Rahman impressed upon in his book, 13 Mei, Sebelum and Selepas (May 13, Before and After), when he discussed the role of every member of the community in preserving unity. This is so that they would get to know each other and work together with the ethnic majority so that they could jointly share the country’s prosperity and development.

“The involvement of the ethnic minorities in the National Day and Malaysia Day celebrations is important as they would be joining in the celebration of our diversity and at the same time feel a sense of appreciation of the country’s independence, which benefits all ethnicities in Malaysia,” he said.

Sarjit said there are two types of minorities in the country: minority groups and ethnic minorities.

The youths, single mothers and the elderly are among the groups of minorities in the country while ethnic minorities are like the Orang Asli and the over 50 indigenous ethnicities in Sabah and Sarawak, all of whom need to be focused on.

“In Malaysia, issues of equality is a sensitive one, as if justice and equality are not good. This is despite our religions often discussing issues of justice, fairness and equality,” he said.

Sarjit said the challenge today was to ensure that the nation’s independence was celebrated in the spirit of equality and unity.

That was why it was crucial to ensure ethnic minorities were given the opportunity to benefit from the country’s development and continue contributing towards it, he added.

He said there were many weaknesses in the current system of managing ethnic minorities. One possible area of improvement, he said,  was to create a database for every ethnic minority in the country.

“This makes it difficult for the government and other stakeholders to identify the needs of each minority and the aid that could be given to them,” he said.

CREATE A MINISTRY FOR THEM

Sarjit believed that in order to empower these ethnic minority groups, a dedicated ministry needed to be created for them.

This is because it would not be an easy task as each ethnic minority group is dealing with different issues than others.

JAKOA, he suggested, could be placed under this ministry.

“In addition to that, we have yet to have a specific policy dealing with the development of ethnic minorities. Having that would allow them to have their own advocate and only then we can have shared prosperity.

“Without proactive steps like this, we would still be hearing and discussing about these overlooked ethnic minorities until 20 years from today,” he said.

Sarjit said that after 62 years after independence, the nation’s development should no longer be based on ethnicity but the needs of the community.

That was why when one ventures into rural areas like in Sabah, he said, they would find many places still undeveloped and some of the people of ethnic groups like the Rungus, Murut and Lundayeh are still living in dire conditions.

Sarjit, who was involved as an expert consultant for the National Youth Policy said that the ethnic minority youths were also among those targeted by the policy.

He said an important question to consider was how long the policy should be monitored.

“The policy was created to solve community issues, but if the policy was not implemented among the target groups, then it remains just a policy,” he said.