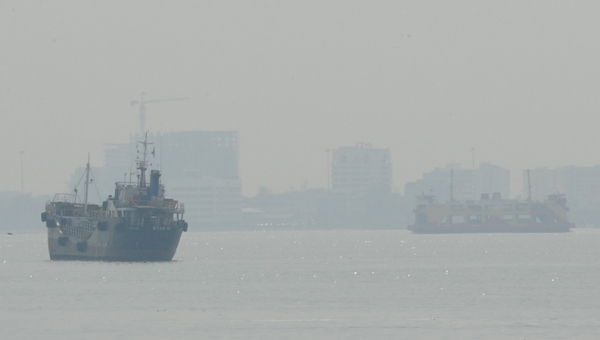 KLANG: The people of Selangor have started taking precautionary measures following the haze that has hit several areas in the state which has recorded unhealthy Air Pollutant Index (API) readings.

A Bernama survey found that although the haze reduced visibility, the people are continuing their activities as usual, while some of them took the initiative to wear face masks while outdoor.

However, a check near Johan Setia still found some individuals performing open burning on a small scale near the roadside despite a nationwide ban on it being regularly disseminated through the mass media.

Meanwhile, a check at the three schools in Johan Setia that were ordered to close immediately following the API reading of more than 200 earlier this morning found a notice of closure on the school gate and no students or parents were seen at the institutions except for a few teachers.

A general worker at Sekolah Menengah Kebangsaan (SMK) Jalan Kebun who declined to be identified said he initially was perplexed that no students attended school and only realised that the school was closed after seeing the closure notice.

According to JPS, the closure period will depend on the API reading and if the reading reduced to less than 200, the schools will be reopened as usual.

Meanwhile, a food delivery motorcyclist, Jesmael Ibrahim, 28, said that the current haze situation was interfering his job because of the reduced visibility and it was irritating his eyes.

“I had to cut down on the lunch delivery activities because the hot weather is causing my throat to become very dry. To reduce the effect on my health, I started wearing a face mask while working… this is my main source of income,” he said.

In the same note with Jesmael, a nasi lemak trader at Jalan Johan Setia, Thinggal Vatani, 35, said the haze made it difficult for her to work as it stings her eyes and dried her throat.

“I open my nasi lemak stall as early as 7am and yet I can already feel the effect of the weather. Because of this, I don’t allow my children to leave the house for no reason,” she said.

A housewife, Siti Fatimah Hashim, 38, who lives in Bandar Putera Dua, Johan Setia always made sure her children wore the face mask and brought along a bottle of water when they went out.

However, the haze did not limit daily activities of a student from Universiti Teknologi Mara (UiTM) Shah Alam, Muhammad Afiq Fakhruddin Mat Jais, 24, as he regularly checks on the API reading if he needs to leave his house.

“If the API reading reaches an unhealthy level, I will make sure that I wear appropriate face masks while outdoors. Also, I will stay inside the house if I don’t have any important business,” he said. 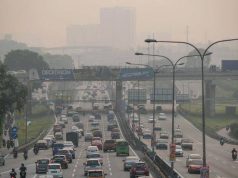 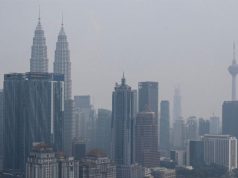 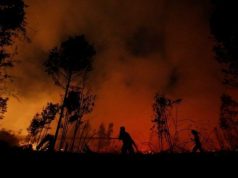