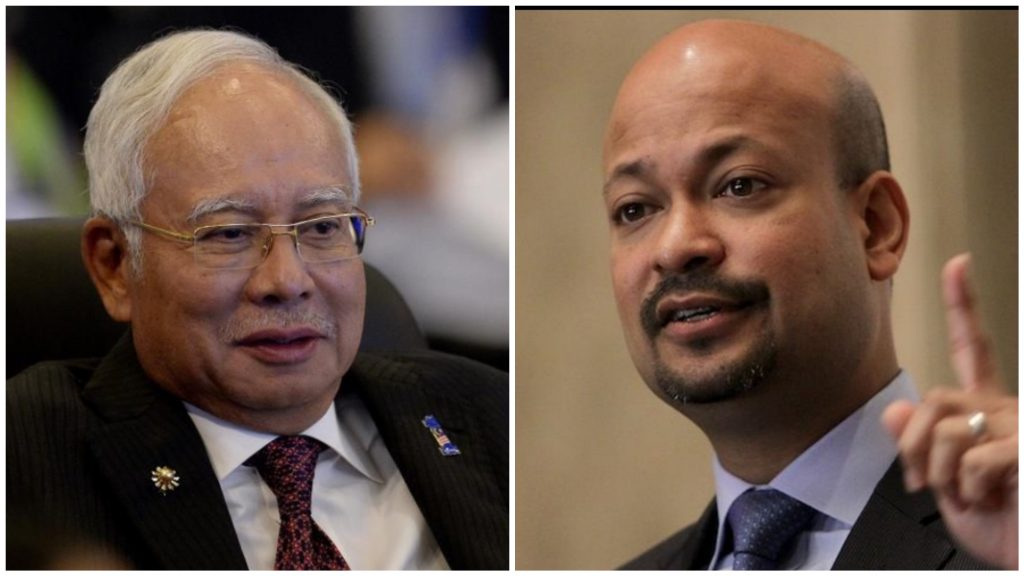 High Court Judge Mohamed Zaini Mazlan in making the decision said that it would be hard-pressed to find alternatives dates if the earlier trial dates fixed before him be vacated as applied by the prosecution.

Mohamed Zaini had previously fixed Nov 18 to 29 this year and Jan 13 to 17 next year for the trial.

“If I to vacate those dates, it will be very hard-pressed to find alternative dates,” he said.

On Nov 7, former Federal Court judge Datuk Seri Gopal Sri Ram, who is the lead prosecutor, made the application to vacate the trial dates, as the key witness who would be called in the case was currently testifying under cross-examination in Najib’s trial involving the misappropriation of RM2.3 billion of 1MDB funds (1MDB case).

According to Sri Ram, it was unlikely the cross-examination on the witness, former 1MDB CEO Datuk Shahrol Azral Ibrahim Halmi, in the 1MDB case would be completed anytime soon.

Commenting on the issue, Mohamed Zaini suggested that the prosecution considered calling other witnesses to give evidence.

“If it comes to the stage where it is Datuk Shahrol’s turn to give evidence, I can assure you I will not be pressing him to give evidence until he is completed with his testimony in the 1MDB case,” he said.

On Jan 4 this year, the Sessions Court granted the prosecution’s application for the cases involving Najib and Arul Kanda to be heard together.

On Dec 12, 2018, Najib was charged with using his position to order amendments to the 1MDB final audit report before it was tabled to the Public Accounts Committee (PAC) to avoid any action against him.

He was charged, in his capacity as a public officer, which was as the Prime Minister, with using the position to obtain gratification for himself, which was to evade disciplinary, civil or criminal action against him in connection with 1MDB, by ordering alterations to the 1MDB final audit report before it was finalised and tabled to the PAC, where he directly had interest in.

The Pekan MP was accused of committing the offence at the Prime Minister’s Department Complex, Federal Government’s Administrative Centre, the Federal Territory of Putrajaya between Feb 22 and 26, 2016.

The charge is framed under Section 23(1) of the Malaysian Anti-Corruption Commission (MACC) Act 2009 which carries a maximum jail term of up to 20 years and a fine of no less than five times the amount of gratification or RM10,000, whichever is higher, upon conviction.

Arul Kanda was charged with abetting Najib in making amendments to the report to protect the Pekan MP from being subjected to disciplinary, civil or criminal action in connection with 1MDB, at the same place and time and in accordance with Section 28 (1) (c) of the MACC Act 2009 read with Section 23 (1) & 24 (1) of the same act which provides for similar punishment, if found guilty.