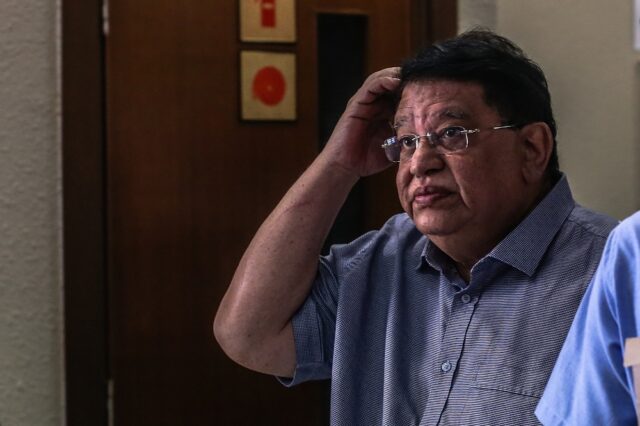 Mohd Nazlan set the date after deputy public prosecutor Lailawati Ali informed the court of a Federal Court’s decision, made on July 17, allowing him to continue to preside over the trial.

Lawyer Datuk Tan Hock Chuan, representing Tengku Adnan, did not object to the dates given.

The case was earlier  fixed for case management today before High Court judge Datuk Muhammad Jamil Hussin, who then allowed it to be transferred to High Court 3 before judge Mohd Nazlan.

This was after Muhammad Jamil was informed by the prosecution that the Federal Court had reversed the decision of the Court of Appeal and sent back the case to the original judge (Mohd Nazlan).

Last week (July 17), a three-member bench of the Federal Court, led by Justice Datuk Nallini Pathmanathan reversed the Court of Appeal order for Mohd Nazlan’s recusal to hear the trial and for the trial to be heard before another judge.

She said the Court of Appeal committed errors of law and applied the law incorrectly to the facts of the case which warranted intervention and reversal.

The Court of Appeal in February this year allowed Tengku Adnan’s appeal to have Mohd Nazlan recused from hearing his trial on grounds that the judge might be biased, and the case was then transferred before judge Muhammad Jamil.

The 69-year-old Putrajaya Member of Parliament is charged with corruptly receiving for himself RM1 million from businessman Datuk Tan Eng Boon, who had pleaded guilty to an alternative charge of abetting the politician and was fined RM1.5 million.

The money was deposited into Tengku Adnan’s CIMB Bank account as an inducement to assist the application by Nucleus Properties Sdn Bhd to increase the company’s plot ratio in regard to a development project on Lot 228, Jalan Semarak, Kuala Lumpur.

Tengku Adnan also faces an alternative charge, in his capacity as federal territories minister, of receiving for himself RM1 million from Tan via a Public Bank cheque belonging to Pekan Nenas Industries Sdn Bhd which was deposited into his CIMB account, knowing that Tan, as a director of Nucleus Properties, had connections with his official duties.