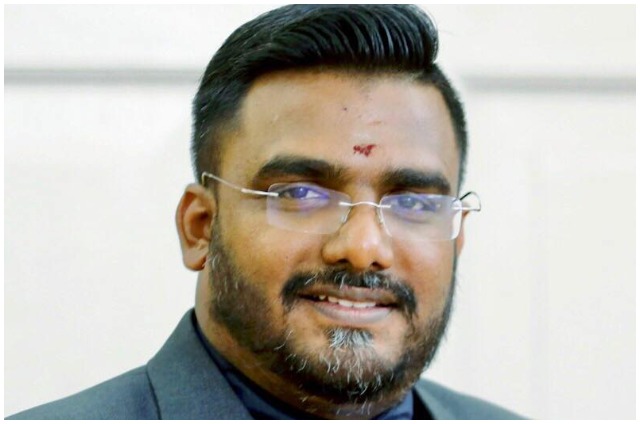 We will be more than happy to sponsor Kedah Menteri Besar Muhammad Sanusi Md Nor’s enrolment into a morals class to learn some moral values.

Subsequently, the Kedah MB should also enrol himself into leadership quality classes for him to become a leader with some good qualities.

After making a comment insinuating alcohol consumption against the Indian leaders from DAP and MIC following their criticism against the Kedah state government’s harsh treatment of Hindu places of worship, Sanusi is now resorting to twisting the facts of his comment and telling off the critics by asking them to attend Malay language classes.

One need not be a Malay linguist to understand the Kedah MB’s comment. It’s him who is talking like he’s never been to school. Malaysians haven’t forgotten the ‘RM43 trillion worth of mineral deposit’ comment that he made just a few days ago. It is evident that Sanusi is a person who needs various classes, including mathematics classes. Not his critics.

Justifying his comments as a ‘mere metaphor’ is another excuse from the Kedah MB, who repeatedly made disparaging comments against Indians. He clearly said: “Minum hanya sebotol, mabuknya dua tiga botol (drunk on three bottles after drinking only one).”

That’s not a mere metaphor, that is a targeted insult towards Indians and Hindus. There are many other metaphors one can use, why did Sanusi choose the ‘mabuk’ insinuation? Why didn’t he use the ‘khayal (high on) on ketum or drugs’ metaphor instead?

Sanusi only has a single intention in this feud – to create animosity among people of diverse races, religions in Kedah and Malaysia. That’s why he is profusely lying after making those disparaging comments against Indians and Hindus.

It shows the Kedah MB not only lacks mathematical understanding but also lacks morals and leadership values. He should seriously consider enrolling into a morals class, where he will learn good moral values that include how to respect fellow Malaysians, and importantly, he will learn to speak the truth.

We will gladly sponsor his tuition fees…

By refusing to admit his mistake and continuing to make provocative statements, it is evident that Sanusi only wants to prolong the matter to attract publicity.

This Kedah MB wants to portray himself as a leader who ‘whacks’ non-Muslim leaders, so that he can burnish his ‘Malay hero’ credentials among Malays and Muslims.

He is not bothered about the animosity that he’s creating between Muslims and non-Muslims in Kedah and elsewhere. He failed to understand the importance of behaving as a leader who should unite the people, not divide them.

Kedah was home of the earliest civilisation in this region, and we should be sad to have a person like Sanusi, who speaks and acts in such an uncivilised manner, sitting as the state’s MB.

Until now, no senior leader of PAS and Perikatan Nasional has reprimanded the uncouth behaviour of the Kedah MB. And it is obvious that they’re also with him in his quest to divide the people in the name of race and religion.