It is great honour that I am called an extremist in the DAP by none other than the two times former prime minister Mahathir Mohammed. A person who has no credibility whatsoever has the temerity to call others extremists.

I am reminded of a president of country fighting a civil war calling the rebel leader as a traitor and terrorist. The rebel leader in turn replied that such a remark bestowed him the honour of a true patriot.

Mahathir said that like other political parties in the country, DAP has it share of extremists and moderates. In the DAP, “Ramasamy and Ronnie Liu” can be considered extremist because they do not accommodate others, meaning the Malays. 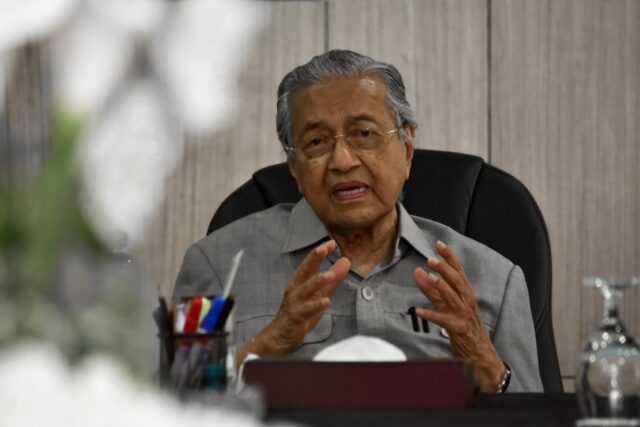 Of course, Mahathir in his usual sweeping remarks, never ventured to corroborate as to why I am an extremist. According to him, there are leaders in the party who can be considered reasonable and moderate citing the names of one or two.

When Umno or former Umno leaders or members accuse the others as extremists, they have particular frame of mind. If non-Malay leaders are not willing to play second fiddle to the race champions in Umno or the religious champions in PAS, they are labelled as extremists, anti-Malay, anti-Islam and so on.

For Umno leaders like Mahathir, DAP Chinese or Indian leaders should behave like the sycophants in MCA, MIC or Gerakan.

Any attempt to redeem the image of their respective constituencies is looked upon as an act of rebellion, a deviation from the path of the obsequious sycophants.

It would be interesting to find out as to when Mahathir who is basically the cause of all evils in the country has emerged as the leading authority to determine or to define terms such as moderation or extremism.

The problem with Mahathir is that he behaves as though he knows it all, the product of his arrogant and authoritarian leadership as the prime minister of the country for two terms.

Despite the political disaster of racial and religious polarisation that emerged during his first term as the prime minister and the ignominy of his resignation in bringing about the collapse of the legitimately constituted government of PH, he has never learnt his lessons.
His philosophy is so simple: that he never done any wrong, but if pointed out he would say that he is old and might be experiencing memory lapses.

This is, Mahathir, the man who has caused so much misery to the Malaysians, but yet thinks that he knows what is best for Malaysia and Malaysians. 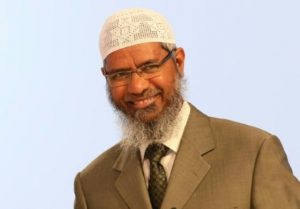 This is the man who has provided sanctuary for the Islamic extremist preacher Zakir Naik wanted by the authorities in India for money laundering, embezzlement of funds, for supporting terrorist movements and others.

It was the same Zakir Naik who asked Indians or non-Malays to go back to their respective countries of origin. What did our dear moderate” Mahathir do about it?

No other countries wanted to accept Zakir Naik, but Mahathir defied the odds by protecting him. He might be citizen by now.

It was under Mahathir as the prime minister, that 12 Indians including some DAP leaders were detained under SOSMA for having links with defunct Tamil Tigers. They were detained without a shred of evidence merely to ensure that a person like Mahathir can play up his divide and rule strategy.

Mahathir can say what he wants.

Nobody wants to take him seriously especially when he harbours ambitions to be the prime minster for the third time. Such as an ambition has become a joke in the country. A vaulting ambition that he cannot “stick to the wall” to quote someone.

If an arch racist and bigot like Mahathir can stoop so low to call me and others as extremists, it really reflects on himself and what he really imagines for the future of this nation.

As I have said earlier, it is rare honour and privilege for me to be labelled as a extremist.
It merely goes to show that I will never kowtow to racists and religious bigots who intend to deprive Malaysians of their fundamental human rights.

Despite the challenges and dangers emanating from race and religious baiters, we as Malaysians must appreciate differences, the dignity of life and most importantly to perpetuate the noble idea that Malaysians irrespective of race or religion are all equals.