It was this same Barisan Nasional government that fired tear gas and water cannons on the Indians who gathered in the streets of Kuala Lumpur in 2007.

The police had come down hard on the protesters despite many of them carrying posters of Mahatma Gandhi to indicate that their gathering was non-violent.

Following the rally, five Hindraf leaders were arrested under the Internal Security Act (ISA) and the Hindraf movement was declared an illegal body.

Ironically, the same government was now giving a “red carpet” welcome to Indians to gather at the heart of the city.

Whether the BN government had realised its past mistakes with regard to the Indian community or not, the fact is the prime minister is desperate for Indian votes.

Najib had attended the Indian Progressive Front (IPF) gathering on Jan 12 at Dataran Tesco Semenyih, where the former was delighted with the rousing reception from a 15,000-strong crowd.

The next day, he also met the Indian community on the eve of the Ponggal festival at Little India in Klang.

Apart from the Ponggal celebration, Najib was also supposed to attend the Thaipusam festival but due to his flight being delayed, deputy premier Muhyiddin Yassin went instead.

But the question now is whether the Indian community is happy with BN’s various initiatives.

Just look at the few major Indian functions funded and attended by Najib:

Despite millions being poured into these functions, how many poor Indians benefited from this? Nobody dares answer this, because even Najib doesn’t have a clue.

Worse still, there were also allegations that the funds were misused by certain leaders.

Thus, it is clear that Najib is just wasting his time and money.

What is Najib supposed to do?

For Indians, Najib must appear as the ticket that would lead the community to a better life. The prime minister should engage directly with the community instead of going through political parties and NGOs.

With the election being around the corner, he should do more walkabouts to meet Indian voters and listen to their grievances.

The best thing Najib should do now is steer clear from his advisers and go down to the estates and low-cost housing areas to get a true picture of the situation.

Najib, with the entire government machinery behind him, could provide instant solutions to problems such as high maintenance fees, better housing facility and others

Word of mouth is always the best marketing strategy and if Najib could resolve an issue, even a small one, the news would travel fast.

And instead of bringing the media to the area, Najib should upload pictures and comments on the activities done at these areas on official websites.

Moreover, people are sceptical about the reports published by the mainstream media, which are owned by Barisan Nasional parties.

It may be too late now but if Najib plays his cards right, he still may be able to do a little damage control. 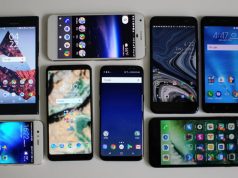 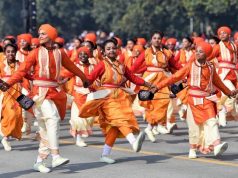