Najib, who is also Finance Minister, said of the amount, RM130 million will be to help the states facing deficits in their operating accounts.

A total of RM300 million will be disbursed based on the states’ economic growth level, infrastructure development and the people’s well-being.

“The total allocated by the Federal Government to the State Consolidated Fund for 2014 was RM287 million,” he told a media briefing after chairing the annual National Finance Council meeting here yesterday.

The Prime Minister said the allocation was to ensure that the State Consolidated Fund will be able to meet the requests from the states for allocations for the year.

Najib said the Federal Government will bear 50 per cent of the costs of supporting the Town and Country Planning departments in Peninsular Malaysia, Department of Urban and Regional Planning, Sabah and Sarawak’s Planning and Resources.

“The amount, which will be given next year, will be based on the expenses to manage the departments this year,” he said.

He said the decision will entail financial implications to the Federal Government of between RM28 million and RM32 million for next year.

“With this funding, these departments are expected to play a more active and effective roles in the states and help achieve the Vision 2020 targets,” he said.

Najib said the meeting also approved the procedural guidelines on the management of the state road maintenance grants which will be be used by all state governments.

At the meeting, a committee was also established to ensure that the grants were distributed quickly without referring to the National Finance Council, he said.

“The committee, which will be chaired by Finance Ministry Secretary-Secretary, comprises the Auditor-General, Public Works Department Director-General, Accountant-General, Treasury solicitor and four representatives from the states.

“The Finance Ministry’s budget director will be the secretary of the committee,” he said.

The Prime Minister said the meeting also agreed to the proposal in the Financial Procedure (Amendments) Act 2013 to implement accrual accounting for the Federal Government from 2015 and for the states in 2016. 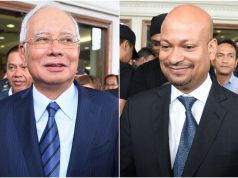 All Malaysians must pay taxes upon receiving notice from IRB, Court told