KOTA BAHARU, Aug 6- Ketereh MP Tan Sri Annuar Musa has confirmed that he would contest a post in the Umno Supreme Council in October.

“I offer myself as a candidate for a post in the Umno Supreme Council. It is up to the estimated 150,000 branch representatives to elect me,” he told reporters after a breaking-of-the-fast of the Red Warriors, the rebranded Kelantan football team, with media practitioners, here, last night.

In KUALA NERANG, Deputy Energy, Green Technology and Water Minister Datuk Seri Mahdzir Khalid said he would defend the seat in the Umno Supreme Council he had been holding since 2005.

“I will defend the seat in the supreme council. I contested in 2009 and retained the seat,” he told reporters after handing over Aidilfitri goodies to patients at the Kuala Nerang Hospital today.

Mahdzir, who is the MP for Padang Terap, said he would also defend the post of Padang Terap Umno Division chief.

He was prepared to accept contests for the post, he told reporters after handing over Aidilfitri aid.

In the last general election, Latt Shariman lost in the contest for the Kubang Rotan state seat, one of three state seats in the Kuala Kedah parliamentary constituency.

Umno did not win any of the seats, and there has been talk of having Latt Shariman replaced as the divisional chief.

In MELAKA, Chief Minister and Umno Supreme Council member Datuk Idris Haron said he would defend the post of Tangga Batu Umno Division chief and added that there was no need at the moment to announce whether he was going for any post in Umno. 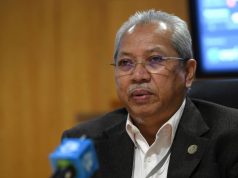