Speaking to reporters here Monday, he said extensive damage was reported in the area, especially in Cardiff, Swansea and Bristol.

“So far, there has been no report on casualties or damages due to the storm involving our students or the Malaysian community living in these areas,” he said.

Currently, there are 488 Malaysian students in Cardiff, 234 in Bristol and the rest in Swansea.

Zakaria said about 70,000 Malaysians are estimated to be living in the United Kingdom, which included 14,500 students.

Earlier, Najib, who was scheduled to start his first day of working visit to Manchester on Monday, was held back by the storm which swept across England and Wales.

He was supposed to take the government aircraft from Luton to Manchester to attend the 1Malaysia for Youth (iM4U) meeting with local communities residing in Manchester.

The storm, which is known as St Jude and the worst in a decade, is reportedly bringing the wind at speeds of over 100 miles per hour and is currently heading towards Denmark and Germany.

Despite the cancellation, Najib will still attend the reception hosted by the City of London Corporation later today, at the Old Library Guidhall, Gresham Street, in conjunction with the 9th World Islamic Economic Forum from Oct 29 to 31.

Najib, who arrived in London early Sunday morning from Kuala Lumpur, is currently here for a working visit to the UK from Oct 27 to Oct 31.

Mcdonald’s to close restaurants in UK, Ireland over Covid-19 by Monday evening 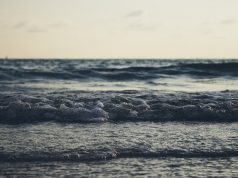