Saifuddin, who will face a multi-cornered fight for the deputy presidency, initially refused to comment on his candidacy, just saying that he is trying his luck among the party big guns.

One of the party’s pioneer members, Saifuddin said current events surrounding the party and it’s de-facto leader Anwar Ibrahim, prompted him to go for the number two position in PKR.

“I wasn’t really keen because I know I’ll be up against the likes of Selangor MB Khalid Ibrahim and incumbent deputy president Azmin Ali, both of whom have a huge influence in the party.

“But I urge members to vote based on track record. We need a less controversial leader for now,” he said, adding that both Khalid and Azmin are the front runners.

He said he also took into account his experience with the party during torrid times, especially when the government was under Dr Mahathir Mohamad, to arrive at his decision.

Recalling PKR’s earlier days, Saifuddin said he has been through a lot with the party during its ups and downs the past 16 years.

“Not a lot of people know my history in the party. I was one of the pioneer members and was also appointed to PKR’s first central leadership committee.

“This is only my second time contesting in the PKR polls. The first was when Ezam Mohd Noor (ex-PKR youth leader) was detained in Kamunting, so I contested the deputy youth position and won.

“I then devoted my time to the party and did not contest for any other post. I was, however, appointed as one the veeps previously and I also was the party’s first strategic director,” he said.

He added that the he had never settled in one place for the party’s cause, highlighting his own decision in the past to contest in new parliamentary seats for every elections.

Saifuddin told FMT of the need to venture into new area.

“If you don’t start at a particular place, it will never be a PKR stronghold,” he said, citing the Padang Serai parliamentary seat as an example.

Initially, no one in PKR wanted to contest the seat as the party was defeated by a big margin previously, but now the seat is a PKR stronghold held by N Surendran, one of the party’s vice presidents. 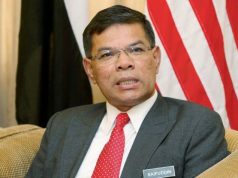 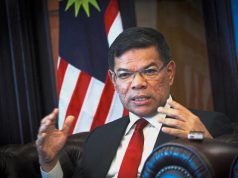