LONDON, Feb 25 – The Chinese capital Beijing recently suffered serious air pollution which gathered headlines across the world. According to China’s Xinhua news agency, the problems that Beijing and Chinese cities suffer has parallels with pollution problems faced in previous decades, and still faced, in cities in developed countries. London suffered serious smog in the past and has radically changed policies as a result. It still faces public health challenges, which it seeks to tackle through promoting a better environment.

Murad Qureshi, chair of the London Assembly health and environment committee which oversees the work of the London mayor, talked about the city’s history of smogs and how they led to a new approach. Qureshi said “In 1952 we had a particularly bad few weeks of sulphur oxide pollution which literally meant Londoners were dropping dead from intense smog.” Dr Gary Fuller, senior lecturer at the Environmental Research Group in King’s College, London, told Xinhua, “The 1952 smog is thought to have killed between four and 12,000 over just four or five days; this was a disaster.”

“It was not the first smog, there had been smogs in industrial towns before in Belgium and the United States, but the London smog is famous because of the number who died over such a short period,” said Dr Fuller.
He added, “Since 1952 London’s air pollution has changed, we have moved away from burning coal to heat our homes — using natural gas — but London still has many pollution problems. But today our problems come mainly from road transport.”

But the burning of solid fuel in London in 1952 and in Beijing and its surroundings now is a similarity between the two. Lessons can be learned by Beijing from London. Dr Fuller said that like all big European cities London has problems with nitrogen dioxide pollution and with PM10, PM2.5 from traffic (particles in the air which when breathed in may cause damage to humans. PM 2.5 is smaller, and can cause more damage because they can be drawn deeper into the body). Dr Fuller said, “There are two priorities — you can seek to manage air pollution all of the time, or you can seek to be responsive and try to manage air pollution at times when it is higher. This leads to two different approaches. In Beijing if you look at the average pollution concentrations, the PM2.5 in Beijing, it contains a lot of old stale coal smoke; this is coming from industry quite a long way away. So, this requires a solution that comes from outside the city.”

“If we look at the type of conditions that Beijing experienced recently, this is where settled air sits over the city so that the problems it experienced came from pollution sources within the city,” he added.  He continued, “If you wish to tackle extreme smog events then the chances are that priority has to be given within the city; if you wish to tackle the longer term exposure then you have to look outside the city to industry around.”

“You have to control both, but emphasis has to be place on controlling air pollution all of the time rather than responding to air pollution episodes,” said Dr Fuller.

Like Beijing and other big cities, said Dr Fuller, London’s size means that by the time air reaches the center it has already passed over suburban areas where it picks up pollution. In addition, a recent period of poor air quality in London had been caused by pollution which may had originated mainly in Poland, but was brought to the city on easterly winds. This had lessons for China. “Solving a big mega-city’s air pollution problems is not simple. It involves action at a local level to look at abating traffic, and it requires action in the region around us which is the source, if you like, of long range air pollution,” said Dr Fuller.

Diesel engines are a real problem, and a source of increased pollution in recent years. Dr Fuller explained, “We have seen a huge change in the cars in London. If you go back 10 or 12 years fewer than 20 percent of new cars would have been diesels and now we are approaching 50 percent. Diesel engines produce a lot more nitrogen oxide and PM10 and PM2.5 particles; many of the benefits that we are getting from newer and supposedly cleaner vehicles on the road is offset by the increase in diesel vehicles,” he said.

Qureshi agreed, “It is something which one can certainly learn from London. Our experience has been that when the emphasis has been to reduce carbon, exempting diesel cars from those targets adversely adds to the local
pollution problem.” Dr Fuller said there was debate about policy, “Many people say electric vehicles are the future but implementing electric vehicles is very difficult; you need charging, infrastructure, technology changes in terms of batteries and so forth to take them from their prototype and early production stages into the mainstream.” 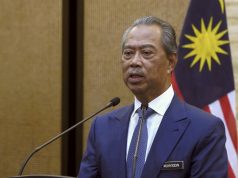