Penang, 16 Dec – As expected, the newly-minted DAP central executive committee has decided to retain Karpal Singh as its chairperson and Lim Guan Eng as secretary-general following the party polls yesterday.

Reflecting the wishes of its 1,826 delegates who effectively voted the same team of 20 CEC members with only three exceptions, the committee opted not to make drastic changes to its leadership as the party prepares for the coming 13th general election, which must be held in the next six months.

This follows the open call made by senior leader Lim Kit Siang who asked delegates to preserve the Karpal-Guan Eng leadership, both of whom will now be tasked to lead the ‘100-day campaign’ for the party take Putrajaya in partnership with its Pakatan Rakyat allies.

Meanwhile, two of the biggest losers in yesterday’s election – Penang Deputy Chief Minister II P Ramasamy and Kepong MP Tan Seng Giaw – have been appointed to the new CEC, which is the key decision-making body of the party.

To ward off criticisms of being anti-Malay since none of the eight Malay candidates made it to the top 20, senator Ariffin Omar and Zairil Khir Johari, who is political secretary to Guan Eng, were also included in the powerful committee. 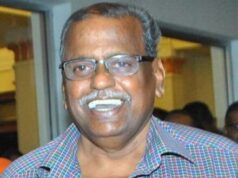