New Delhi, March 2, 2013- Veteran actor Rishi Kapoor, who sports a hippie look in David Dhawan’s Chashme Baddoorremake, will tap dance with actor Ali Zafar in the film. It is after 36 years that he has performed the dance form for a film.

The 60-year-old has even shot on a Harley Davidson bike for the movie, in which he will dance to the tunes of song Early morning. He was last seen tap dancing 36 years back in Mil gaya hum ko saathi in the movie Hum Kisise Kum Naheen in 1977.

“Rishi Kapoor has done mind blowing steps in the song, which reminds you of his Mil gaya hum ko saathi mil gaya from Hum Kisise Kum Naheen days, where the young Rishi was seen in off white clothes and dancing his heart out,” said source.

“In Chashme Baddoor too, he is dancing with full zest. We are sure the audiences are going to have a treat as he is set to do tap dancing after 36 years,” added the source.

Directed by Dhawan, the movie is produced by Viacom 18 Motion Pictures. The film hits theatres April 5. 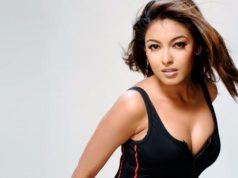