Kuala Lumpur – MIC has released the final list of candidates for GE-14.

The following is the list of candidates contesting for the 9 Parliament seats: 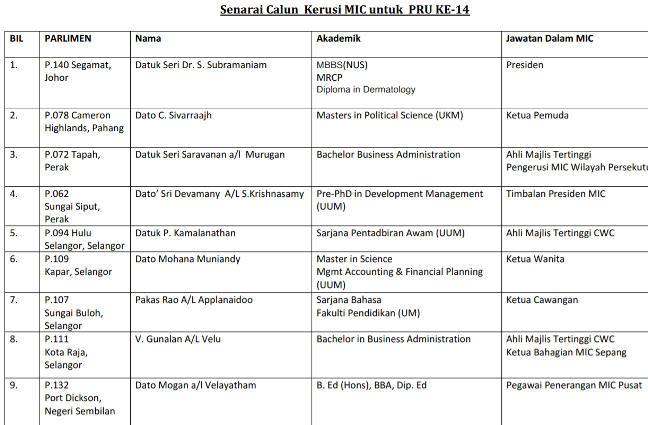 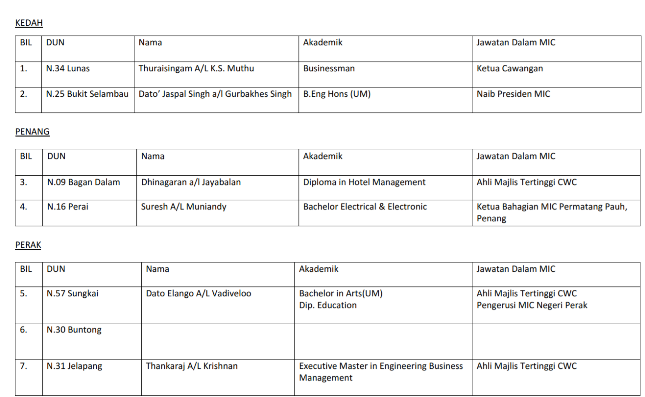 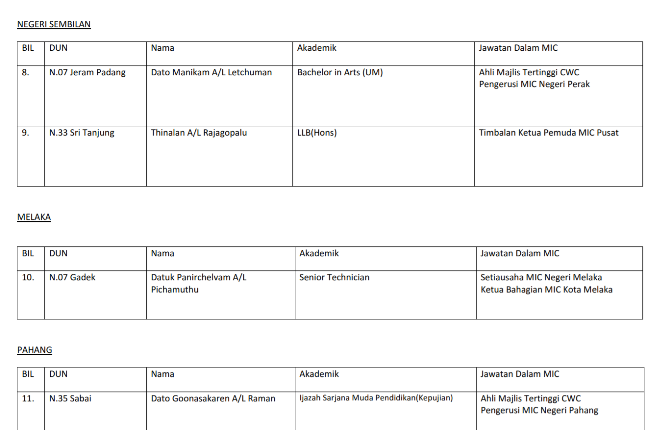 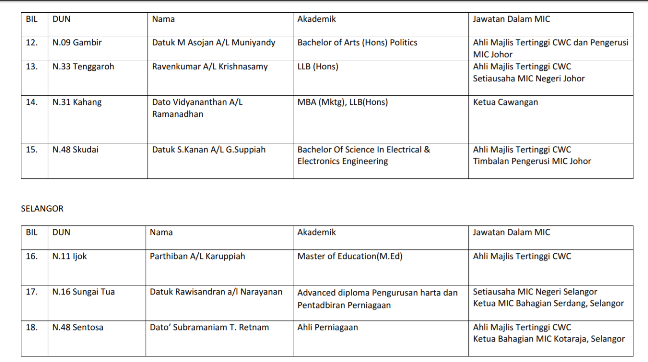 No candidate has been named for the state seat of Buntong in Perak. It is speculated either Madam Thangarani or Jayagobi would be named as the MIC candidate for Buntong state seat. 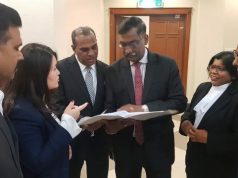 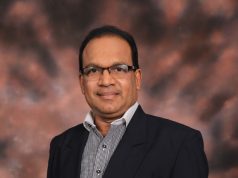