New York (dpa) – Denmark, Switzerland, Iceland and Norway have held their positions as the world’s happiest countries, according to the latest World Happiness Report released Wednesday.

The report, which was released for the fourth time, ranks countries based on their citizens’ happiness and subjective well-being. This year it included measurements of the consequences of inequality within societies for the first time.

A group of young Swedes enjoy the snow and sunshine in the Swiss ski resort of St. Moritz in this file picture

Denmark, which has topped the list twice before, regained its leading position from Switzerland, which ranked highest in 2015. Other countries in the top 10 include Finland, Canada, the Netherlands, New Zealand, Australia and Sweden. The US ranked 13th and Russia 56th.

“The rankings show both consistency and change,” said John Helliwell, a professor at the University of British Columbia, who edited the report.

“The consistency at the top reflects mainly that life evaluations are based on life circumstances that usually evolve slowly, and that are all at high levels in the top countries.” 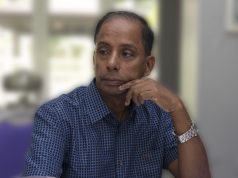