Your smartphone vibrates. It’s a prompt to leave for your lunch appointment if you want to be on time. Minutes later the phone is telling you where you need to go.

Calendar apps and their many features have all but replaced the paper-based organizer. But have smartphone calendars reached their limits? Or do some offer better functions than the basic pre-installed app?

Every smartphone has a calendar on board: for iPhones there’s the iCloud calendar, while for Android devices there’s a Google calendar or one from the device manufacturer.

“For anyone who didn’t put high demands on their paper calendar or used it only sporadically, these calendar apps will suffice,” says Jan Spoenle from Connect magazine. The most important functions are to be able to record appointments with reminders and to be able to see your schedule.

“For users of iOS or Android smartphones you need an iCloud or Google Mail account,” says Spoenle. A calendar is integrated into these accounts. Anyone with additional mail accounts, such as a Microsoft one, can also integrate these. Appointments on the smartphone are automatically synchronized with the selected accounts.

Any additional calendar app that you install will require permissions so it can access your appointments. You can disable synchronization but it’s useful to have it activated, Spoenle says. It means you can use a browser on any computer to access your schedule.

“The functionality of the smartphone’s own calendar is limited,” according to Spoenle. Anyone with a lot of appointments will be happier with a more richly featured calendar app. “Third-party apps think around the corner in many places, making life easier for you,” he says.

Popular apps for iOS include Fantastical 2, miCal and Calendars 5, while for Android there’s aCalendar and Business Calendar 2.

Microsoft Outlook, incorporating features from the popular Sunrise app, is available for both iOS and Android but you need to have an Exchange account.

“What you have to pay for some calendar apps amounts to the price of a burger with fries – and you get an outstandingly programmed application,” Spoenle says. The plus version of aCalendar for example costs around four dollars.

It’s vital that a calendar app be visually appealing and easy to use. “An important difference between the apps is the various daily, weekly and monthly views,” says Bonset.

When viewing events, multi-level displays, different colours and designs can add even more possibilities. The paid app MiCal offers many views, while for a few dollars more Fantastical 2 offers a so-called Today Widget for a quick overview of the day.

There are plenty of extras available: separate birthday calendars, shared calendars for family schedules, apps that integrate the weather forecast.

Experts recommend apps that support voice input. “Tuesday, 2 pm, eating with the guys at Antonio’s – and the app has already generated an appointment,” Bonset says.

A lot of it comes down to personal taste. “One person likes a tidy interface, another likes to see everything at a glance,” Bonset says.

Finally, browse around the calendar’s page on the app store. The reviews and screenshots will be able to help you make a decision. 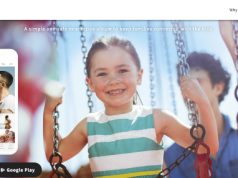