SHAH ALAM – A former Selangor state assemblywoman from PAS is in remand for two days until tomorrow for abuse of government fund, amounting RM50,000.

The 56-year-old woman, who will be investigated under Section 23 of the MACC Act, was in handcuffs and clad in the MACC’s orange lock-up uniform when she arrived at the Shah Alam Court Complex at 10.40 am today.

She was arrested by MACC yesterday when she turned up at its office to give her statement. The offence was allegedly committed between 2015 and this year.

According to a MACC source, the woman was believed to have appointed a company belonging to her son as a supplier for a state constituency service centre’s community programme.

Meanwhile, the former assemblywoman’s lawyer, Ahmad Amzar Ahmad Azlan, said MACC had initially requested for an order to remand his client for a week, but the court reduced to two days.

He also questioned the timing of his client’s arrest and detention and believed it was intentionally done  to influence voters in the Seri Setia state by-election, where the Election Commission had fixed today for early voting and Sept 8 for polling.

“We do not want to think bad, but in politics, nothing happens by chance,” he told reporters.

The by-election was called following the death of its incumbent assemblyman Prof Dr Shaharuddin Badaruddin from colon cancer last Aug 2. 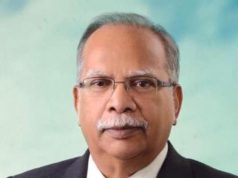