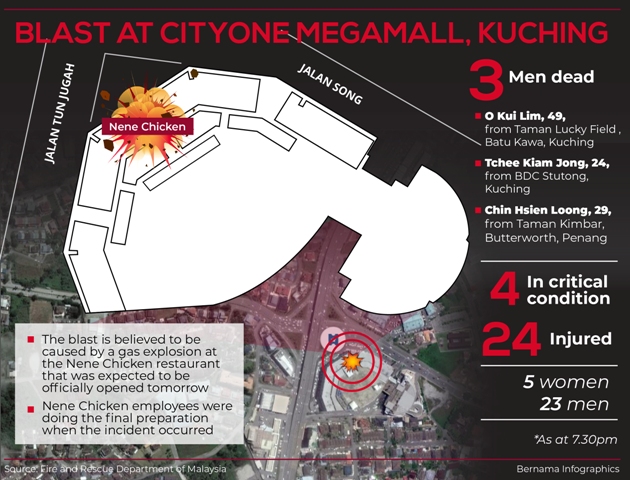 KUCHING — Police have identified the three victims who died in the gas explosion incident at the City One Megamall here, comprising two men from Kuching and a woman from Penang.

Kuching District Police Chief, ACP Ng Ah Lek said they were identified as O Kui Lim, 49, and Tchee Kiom Joong, 24, who were both from Kuching.

“While the other victim, Chin Hsien Loong, 29, was from Butterworth, Penang,” he said when contacted here today.

The two dead men were believed to be workers of Nene Chicken, a restaurant in the City One Megamall.

They were confirmed dead at the scene when the building structure crashed on them during the explosion at 3.30 pm today.

In the incident, 28 others were injured, including four who were in severe condition.