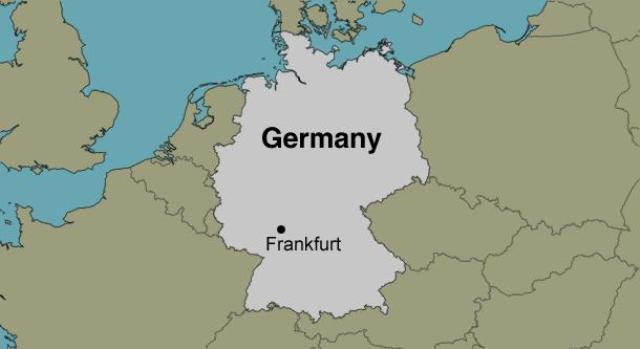 One of the consequences of the ongoing US-China trade war is that many Western companies, unnerved by Chinese retaliatory measures and the prospect of Chinese products facing hurdles in the U.S., are now looking for alternative sites to manufacture or assemble their products meant for export to the U.S. and other Western markets.

Malaysia has been catapulted to the status of a potential destination that, besides attracting investment, could also be used as an export and distribution hub for a number of products, including textiles, apparel and accessories.

There are three Malaysian exhibitors at Heimtextil 2019, up from only one in 2018, manifesting the growing interest among Malaysian companies to penetrate the foreign markets for the home textiles.

Nature World Mfg Sdn Bhd of Petaling Jaya showcased its range of bedding products which had a strong appeal because of “the soft and cozy feeling the comforters offered”, as one German female buyer was overheard saying.

“We have been selling our products on a subcontracting basis but we have also started selling under own brand name Secrets of Nature – or SON – which is registered in Malaysia and also in the U.K. However, our products are differently designed from those offered to our customers on sub-contractual basis,” Wendy Tan, director of Nature World Mfg explained in an interview with Bernama at the Frankfurt fair.

“We work closely with the BAE which also does R & D for us in the energy sector. We have two factories – one for apparel under our own brand called Nature World and the second one is for bed linens on subcontracting basis. Our own brand for bed linens is Secrets of Nature. Our major export market until now has been the U.K.,” Tan said, adding that she was not perturbed by Brexit because “it will open up opportunities for us”.

BAE is a quantum physics technology that helps alleviate the intrinsic nature of any products through the use of putative energy.  BAE reportedly improves the efficiency and efficacy of any products.

Tan said that she was keen to enter the U.S. and European markets in the future. Malaysia’s domestic market accounts for 95 percent of the company’s sales while the remaining is exported to the U.K. market. She was “very heartened” by the support being given by the Small and Medium Enterprises International Trade Association of Malaysia (SMITA) to promote exports.

Based on the feedback she had received from the huge international turnout at the show, she felt that U.S. companies would look at other investment and manufacturing sites, including in Malaysia, as a result of the US-China trade war and the complexities of the international supply chains.

Meanwhile, marketing director of Kajang based Fernex Sdn Bhd, Lee Kheang Lim said the company, which provided a wide range of foam-based pillows, had established a customer base to provide it a foothold in Europe.

“We notice that the customers want new and innovative products. Although Malaysian products are slightly more expensive than Chinese products, buyers are willing to pay more for Malaysian products because of their better quality.  On the other hand, labour and other costs have sharply risen in China. Getting skilled workers in China is becoming increasingly difficult. Our winter/summer pillows are doing well. Our products are made of memory foam and micro-fiber, which help alleviate stress on the back and neck,” Lee told Bernama.

Besides Europe, Fernex also sells to Asia, buoyed by strong demand from China, India, Japan and South Korea.  Her stand attracted a steady stream of visitors from around the world.

“I have been coming to this trade fair every year since the past four years now. We used to exhibit in Dubai in the past but since the Heimtextil show in Frankfurt attracts buyers from around the world, we do no find it necessary to exhibit in Dubai. We have received buyers at our stand from Netherlands, U.K., India, Middle East.  Our products generate good demand because they are trendy, specialised and functional,” Lim said.

India’s Modi arrives in Germany ahead of bilateral talks