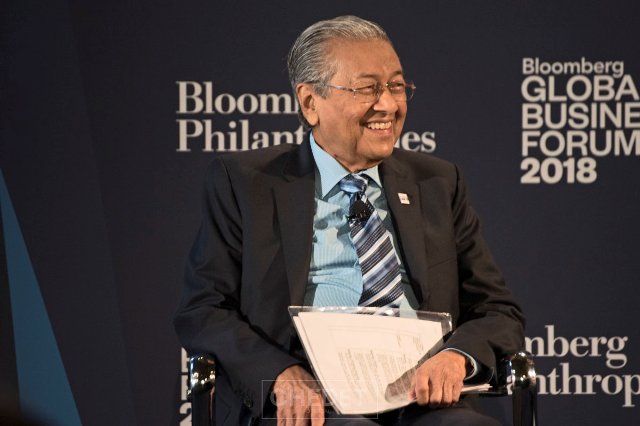 KUALA LUMPUR — Prime Minister Tun Dr Mahathir Mohamad has stressed that Israelis should not come to Malaysia as the country does not have diplomatic relations with Israel.

Dr Mahathir said Malaysia had the right to keep its border closed to certain people,  especially from countries the nation feels are doing a lot of wrong things.

“Many nations today are seeing outsiders coming to their countries and are not very happy about it. They overthrow their governments because they allow immigrants to come in.

“So, a country has the right to keep its border closed to certain people, that is why the border is there, but in Malaysia, we have no diplomatic relations with Israel at all and we feel that they are doing a lot of wrong things but getting away with them because nobody dares to say anything against them,” he said after delivering the Oxford Union talk that was broadcast live by Astro Awani from London early today.

The Prime Minister said this when asked by Oxford Union president Daniel Wilkinson on Malaysia’s ban on Israeli athletes’ participation in the World Para Swimming Championships to be held in Sarawak in July.

Swimmers from some 70 countries are expected to compete in the July 29-Aug 4 championship, an important milestone  before next year’s Tokyo Paralympics.

Asked whether it was fair to penalise the Israelis rather than the Israeli government, the prime minister said that it seems that most Israelis support the stand taken by their government.

Dr Mahathir also said that he did not mind that his remarks towards Israel were deemed as anti-Semitic, noting that it was his right to say anything about Israel’s action on Palestine.

“I can’t understand this. We talk about freedom of speech and yet you cannot say anything against Israel, against the Jews, why is that so? If we are free to say what we like, we can say it, but we are being regarded as anti-Semitic by the Jews.

“That is their right to hold such opinion on me, this my right to tell them also that they have been doing a lot of wrong things,” he said, drawing applause from the crowd.