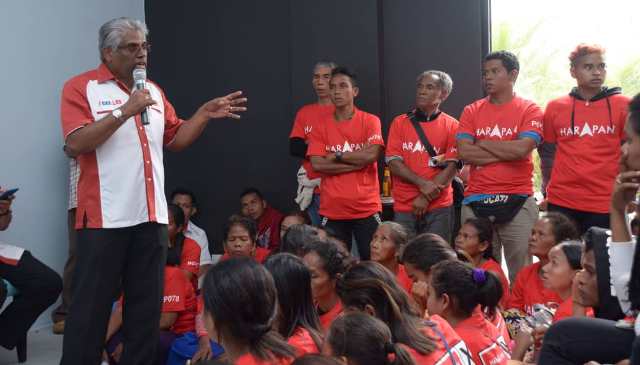 TANAH RATA — A total of 247 early voters, mostly policemen, for the Cameron Highlands by-election, are expected to vote today at two polling centres opened at the two state constituencies under the parliamentary seat at 8 am today.

Election Commission (EC) Chairman Azhar Azizan Harun noted that out of the total, 232 of the early voters will vote at the Brinchang Police Station information room under the Tanah Rata state constituency before voting ends at 5 pm.

Meanwhile, for the Jelai state constituency, another 15 early voters will be voting at the information room at the Sungai Koyan police station before polling is closed at 2 pm.

The early voting process is being monitored by the agents of the candidates as well as observers from non-governmental organisations appointed by the EC.

After the voting is over, the ballot boxes for early voting will be kept at the police stations for safekeeping before being taken to the counting centre at Dewan Gemilang, Sekolah Menengah Kebangsaan Sultan Ahmad Shah here on Jan 26 where the votes will be counted.

In the by-election, a total of 32,009 persons are eligible to vote including 247 early voters, 12 absentee voters and 385 handicapped voters.

The by-election is being held after the Election Court on Nov 30 last year, declared BN candidate Datuk C. Sivarraajh’s victory in the 14th General Election (GE14) null and void due to corrupt practices.

The by-election is the fifth since the 14th General Election last year, after three state seats – Sungai Kandis, Seri Setia and Balakong in Selangor – and the Port Dickson parliamentary seat in Negeri Sembilan.