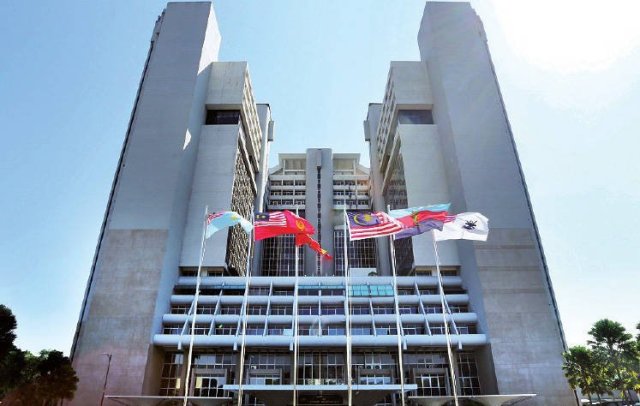 PUTRAJAYA — The Defence Ministry yesterday lodged another report to the Malaysian Anti-Corruption Commission (MACC) over the remaining 14 land swap deals involving lands owned by the ministry.

The report was lodged by Special Task Officer to the Defence Minister Mohd Nasaie Ismail at the MACC headquarters here, following the Governance, Procurement and Finance Investigating Committee’s findings on 16 land swap deals involving land belonging to the Ministry of Defence.

In February, the ministry had lodged a report to the MACC on two projects involving the construction of army camps in Paloh, Johor and Hutan Melintang, Perak.

According to Mohd Nasaie, in total, the 16 land swap deals involved 1,182.89 hectares (2,923 acres) of land owned by the government valued at RM4.7 billion, while the value of the projects that were supposed to be developed was RM4.8 billion.

“As of December 2018, only five projects were completed, two was still under construction while the remaining nine projects were either failed to complete or are still in the process of agreement signing,” he told reporters before lodging the report here today.

Mohd Nasaie explained only two out of the 16 land swap projects, namely the National Centre for Education in Putrajaya and the Royal Malaysian Air Force (RMAF) Squadron 323 Facility at Bukit Banang Johor were included in the Ministry of Defence Development Plan.

“This means the remaining 14 projects were not included in the Development Plan and definitely not a priority,” he stressed.

He said there were also political considerations that outweighed government interest in 13 of the 16 projects.

The selection of project developers did not follow the criteria, which required the developers to have experience and strong financial position of at least 10 per cent from the value of the project, which resulted in the delay of the project, with some up to 11 years, he said.

Mohd Nasaie said the investigation estimated that the government had lost a total of RM515.21 million due to the extension on the completion date for the projects that failed to be completed on time, additional contracts which were not included in the original plan, and the lowered land price value compared to the current price assessed by the Valuation and Property Services Department.

“Our concern is not just on the loss of money, but the on the fact that the country’s strategic defence had been compromised due to the failure of certain projects, hence posing a threat to national security,” he said.