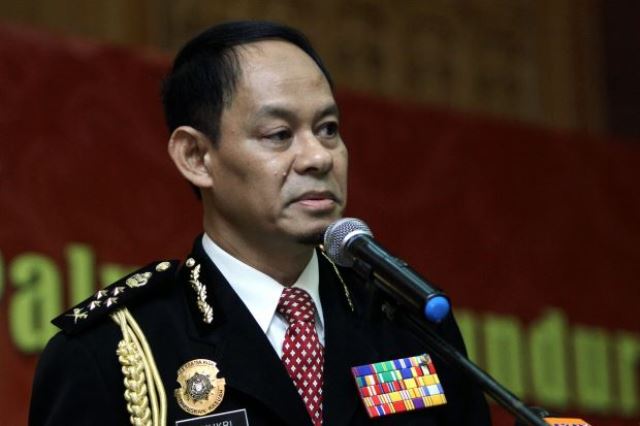 PUTRAJAYA — Former Malaysian Anti-Corruption Commission (MACC)  chief commissioner Datuk Seri Mohd Shukri Abdull has stressed that his personal integrity was among the commitments he made to Prime Minister Tun Dr Mahathir Mohamad when he returned to  lead the commission.

He said that he made the commitment when he agreed to lead the MACC for a one-year period during his meeting with Dr Mahathir on May 14, 2018  after the Pakatan Harapan coalition had won the 14th general election (GE14)  five days earlier.

His focus, he said, was to settle the 1Malaysia Development Bhd (1MDB) and SRC International Sdn Bhd investigations and resolve factionalism within MACC and that he was confident of achieving both within six months to a year.

Mohd Shukri said he placed importance on and is a man of integrity and had never abused “satu sen duit kerajaan” (a single sen of the government’s money) in the 33 years he was with the civil service.

“Since I joined (the civil service) till today I have upheld my integrity,” he said at a meeting with  the media here today.

Mohd Shukri, 58,  said he shortened his contract that was to end on May 17,  2020, which he served with sincerity after his mission to resolve the two key issues were accomplished.

He denied that he shortened his contract abruptly.

“I kept my promise with Tun M (Dr Mahathir). As chief commissioner of MACC, I must uphold integrity. If I did not keep my promise and uphold my integrity, how can I be MACC chief?” he said.

Mohd Shukri stressed that he had never compromised on integrity at any time.

“So, accusations that I was sacked, covered up for certain people and the like are total rubbish,” he said.

On June 4,  the Prime Minister’s Office announced that  Lawyers for Liberty executive director Latheefa Beebi Koya had been appointed as the new MACC chief commissioner  effective June 1,  after Mohd Shukri  shortened his tenure.