MELAKA: Civil servants must have the necessary knowledge and skills to stay relevant in facing the Fourth Industrial Revolution (IR 4.0), as advocated by Prime Minister Tun Dr Mahathir Mohamad.

“Skills and knowledge in information technology are crucial to enable civil servants to fully utilise all the technological facilities, thereby improving the concept of public service delivery which comes with  increasingly complex challenges.

“This is because civil servants have always been the backbone of the government administration with a big influence on the people as a policy implementation machinery and a government service provider,” she told Bernama here today.

Earlier, when Dr Mahathir delivered his keynote address at the Prime Minister’s Gathering With Melaka State Civil Servants he called on civil servants to prepare themselves with the latest knowledge and skills to face IR 4.0.

“Besides, existing civil servants also need to set good examples besides taking courses and training in preparation for the IR 4.0,” she said.

Meanwhile, Nur Atiqah Rashid, 32, administrative officer at the Melaka Chief Minister’s Department, said that as the frontline of the government, civil servants have to be ready to tackle this wave of transition.

“Civil servants work should also incorporate the IR 4.0 elements, which will change the way people work and live in the future,” she said. 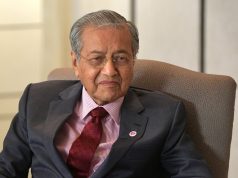