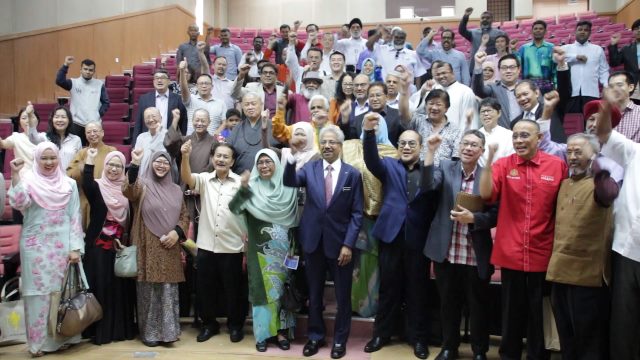 He said it would be good if all media could come to a consensus not to publish or broadcast voices that raise hatred and religious sentiments.

“The country would be more peaceful if we ignored the voice of hate preachers because they could be effectively silenced if ignored,” he said when met by reporters after attending a closed-door session of ‘Harmony Dialogue: The Importance of Inter-Religious Understanding to National Unity’ at Universiti Malaya here on Friday (August 30).

Waytha Moorthy said the suggestion to mute the sound of hatred in this country was made by an academician at the closed-door dialogue, which was attended by academics, members of the civil society and non-governmental organisations (NGO).

“It is one of the best suggestions made to promote harmony. According to the academician, it is only a small minority who are trying to stir up these sentiments and here we have the media promoting these people. We had a very fruitful dialogue session and we are all also in agreement that we need to nurture our children to have better understanding of other religions,” he said.

Waytha Moorthy said other suggestions were about empowering religious education in school and doing more at university and secondary school levels to make youths understand other cultures, religions and way of life.