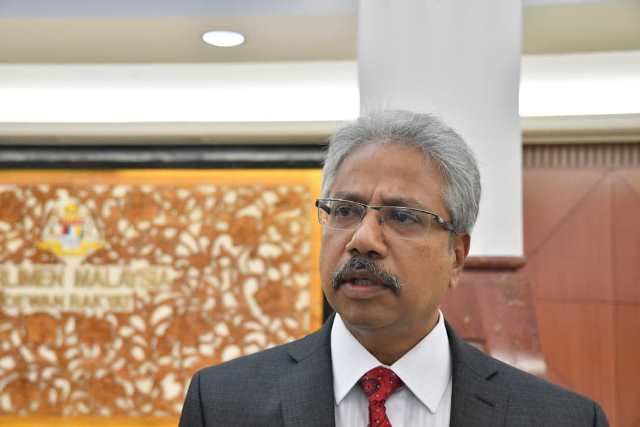 SUBANG JAYA: The government today gave the assurance it will never neglect the welfare of Orang Asli women abandoned by their foreign husbands.

Minister in the Prime Minister’s Department P. Waytha Moorthy said the government is prepared to help these women.

“We cannot prevent anyone, including the Orang Asli, from marrying a person of their choice. However, when marital problems arise, for example, the foreign husband returning to his country of origin, the government will help these women,” he told a press conference after a visit to the USJ 15 Vision School Complex, here.

Waytha Moorthy was asked to comment on a newspaper report in July on foreigners taking Orang Asli women for their wives just to use them to secure business licences.

The newspaper had also reported that the opening of commercial agricultural areas for the cultivation of vegetables near Orang Asli settlements had made Orang Asli girls the target for manipulation by foreigners.

Waytha Moorthy said the government will also seek ways to help them by considering their needs.

“The Orang Asli live in rural areas. We have to understand that they may not want to venture to the urban areas and do not feel comfortable being located in a particular place compared to the urban people who have skills training and so on. So, we have to find the best way to help them,” he said.

The matter came to the attention of Deputy Prime Minister Datuk Seri Dr Wan Azizah Wan Ismail who said that it needs further investigation and she does not want any woman to be exploited.