KUCHING — Tun Dr Mahathir Mohamad says the Pakatan Harapan (PH) government is endeavouring to restore the status of Sabah and Sarawak as partners in the Federation, as provided for in the Malaysia Agreement 1963 (MA63).

To facilitate the effort, the Prime Minister said the government formed a Special Cabinet Committee tasked with reviewing the implementation of MA63.

“All 23 members of the committee comprising Federal Cabinet ministers and the Chief Ministers of Sabah and Sarawak met several times for further discussions on the matter,” he said in his address at the Malaysia Day 2019 celebration at Stadium Perpaduan, Petra Jaya here tonight.

Last April, the government tabled the Constitution (Amendment)  Bill 2019 to restore the status of Sabah and Sarawak as partners with Peninsular Malaysia but failed to obtain a two-thirds majority.

The presentation of the bill, which is in line with the spirit of MA63 aside from fulfilling the desire and hope of the government of Sabah and Sarawak and the people of the two states, is in keeping with the pledge made by PH in its manifesto in the 14th General Election. 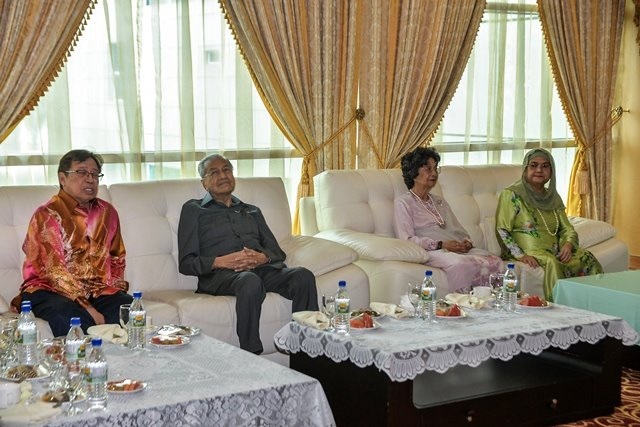 Meanwhile, the prime minister said the government had also agreed to fully hand over the administration of Pulau Sipadan  and Pulau Ligitan to the Sabah state government, except for matters related to security which would still be under the jurisdiction of the federal government.

Dr Mahathir said the transfer of authority was an outcome of negotiations in the MA63 special cabinet committee and showed the earnestness of the PH government to effectuate the Malaysia Agreement 1963.

The management of the islands was taken over by the National Security Council following the kidnapping of 21 people by the Abu Sayyaf terror group in 2000.

“We hope the people and leaders of both states can see the seriousness and sincerity of the federal government to place Sabah and Sarawak as partners with Peninsular Malaysia such as had been subscribed at the formation of Malaysia,” he said.

In another development, Dr Mahathir said the government through the Defence Ministry was preparing a Defence White Paper that would outline the role that society could play in protecting the country as a national joint responsibility.

He said the white paper would also reflect the commitment of the government to prioritise the country’s future defence plan taking into consideration the global trend, so that it would be in tandem with current realities and future challenges.

“We should realise that the wellbeing, peace and prosperity of the country can only be achieved if the people at all levels are aware of their respective roles,” he said.

Dr Mahathir noted that Malaysia which is surrounded by three main routes – Straits of Malacca, South China Sea and Sulu Sea must ensure security of the country’s waters and seas.

He said the concept of a maritime nation was not new to Malaysia as it had previously been the East-West gateway and vice versa and had the potential to become an arch or gateway between the Pacific Ocean and the Indian Ocean.

“If we can ensure security of our waters, then we can surely tap and enjoy the economic potential,” he said.

The white paper would be tabled in parliament this October.