He also thanked Malaysia and Malaysians for supporting him all the way.

Mugen beat 14 other contestants and survived a grueling 106 days in the Bigg Boss house. He became popular during these days receiving support from fans all over the world for his character and behaviour. 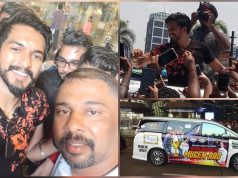 Bigg Boss 8 to have only couples in the house?