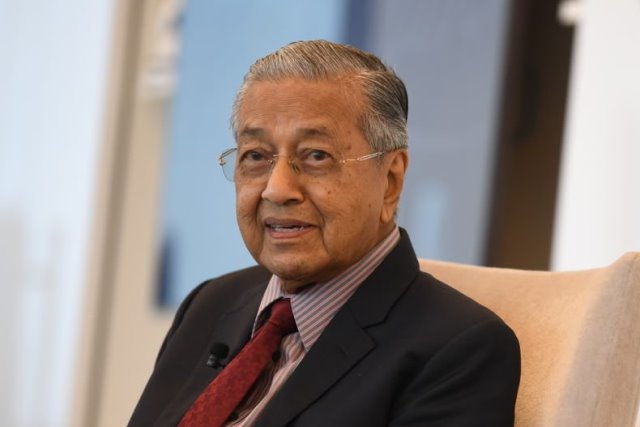 KUALA LUMPUR — Prime Minister Tun Dr Mahathir Mohamad said the people behind the racial politics currently being played in the country were those who were desperate following the legal action taken against them due to their greed and arrogance while in power.

Dr Mahathir advised the people not to give them the opportunity to continue instigating the people.

“The easiest way is not to vote for their representative in the Tanjung Piai by-election. They do not care if their actions lead to civil strife because for them, in the event of a clash, their wrongdoing will be sidelined,” Dr Mahathir said in a note via his official Twitter account.

Meanwhile, Dr Mahathir said he believed Pakatan Harapan candidate Karmaine Sardini, who is also the head of the Tanjung Piai Bersatu (PPBM) Division, is the best candidate to continue the efforts of the late Dr Md Farid Md Rafik.

“In addition to understanding the wants and needs of the locals, Haji Karmaine will certainly be able to continue the development plans and channel the provisions for this Parliamentary constituency which was previously secured by Dr Md Farid,” he said.

Polling will be held this Saturday (Nov 16).