KUALA LUMPUR– City folks now have the opportunity of relaxing in an environment akin to being in a jungle, thanks to a newly-installed Titiwangsa Range Canopy at the Taman Tasik Titiwangsa, which reopens today (15 December 2019).

Kuala Lumpur City Hall Landscape and Recreation Development Department assistant director (landscape) Mohd Anuar Ahmad said the 60-metre canopy was also equipped with an artificial waterfall to complement the elements of nature at the lake garden which is located in the centre of the city.

“By creating a greener surrounding like this, we hope that people can relax better, peacefully and comfortably despite being in a busy city,” he told Bernama.

Besides the canopy, Mohd Anuar said one of the new facilities that is expected to attract attraction is a children’s water playground with a water level of about 300 millimetres for dipping and splashing activities.

“We built this swimming pool with the water at ankle level so that children below the age of three can use it under parental supervision,” he said.

A bigger source of pride, the lake garden, which was opened on Feb 1, 1980, also has an international-standard ‘High Fountain Jet’ with a capability of sending water shooting into the air to a height of 100 metres, or equivalent to a 30-storey building.

On top of that, Mohd Anuar said the park was also equipped with a ‘maze garden’ using orange jessamine (kemuning) shrubs called ‘Laman Kerawang’ as an added feature to enhance the 40-year-old lake garden’s landscape.

He said said among the improvements to the existing facilities were a 4.5 kilometre (km) jogging track and a 2.5 km cycling track which were built separately for safety reasons.

He said the upgrading works in the park was also designed to be inclusive and accessible to all walks of life, including the physically-challenged.

Taman Tasik Titiwangsa was temporarily closed from Sept 1 last year to make way for the upgrading works and beautification of the area, involving 20.23 hectares.

Meanwhile, the public also expressed excitement upon finding out the park would be reopened and a walk-about by Bernama found the lake garden was still filled with visitors relaxing in those areas which were not closed off.

Housewife Sazila Ismail, 35, who was visiting with her three children, said she and her family were impatient to use the park’s new facilities, after seeing them on YouTube.

‘’We frequented the lake garden every week before it was closed. We did not know where to go after it was closed. So, my children were indeed doubly excited to come here when they saw the video on the new facilities, ‘’ she said.

Retired policeman Yang An Leng, 74, shared the excitement of his two grandchildren who wanted to try out the new water playground.

“They wanted to come today for a dip and splash but I explained that it is not open yet and we will have to wait for Sunday (tomorrow),” he said. 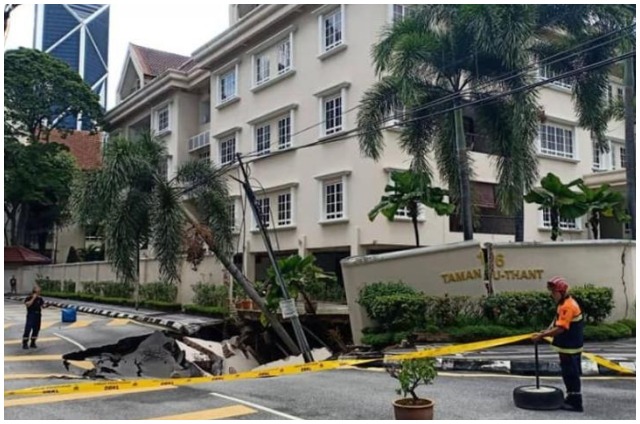 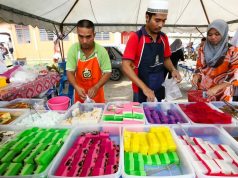 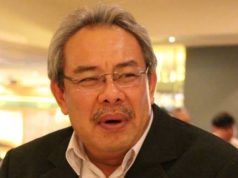