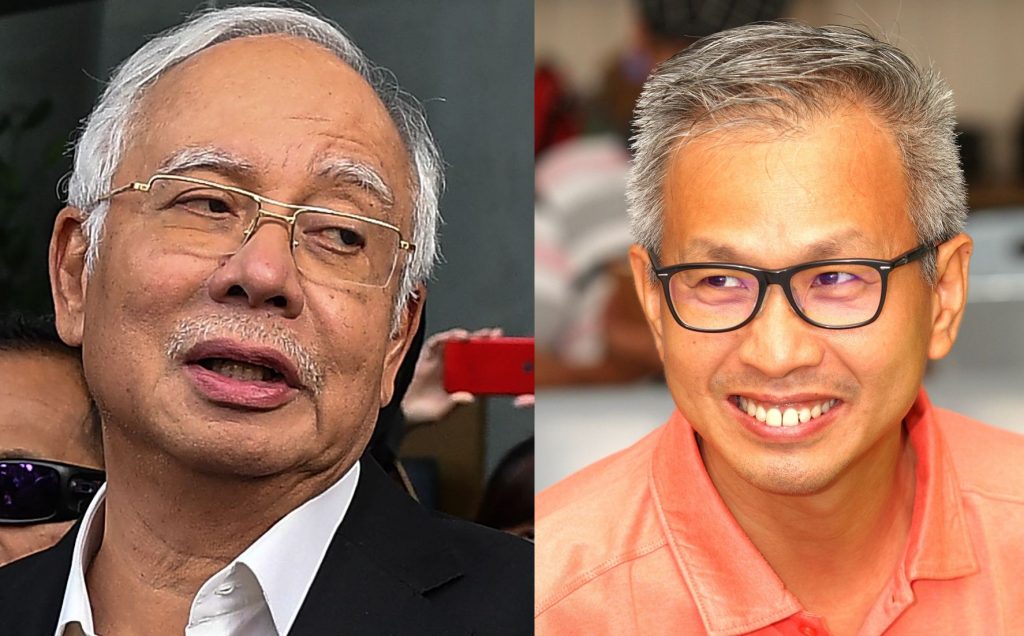 Lawyer Tan Cheng Leong, representing Pua, told reporters that Najib, as the defendant, had made the application on Dec 23 as he was on trial for the 1MDB case (at the Criminal High Court).

“The court has set Jan 6 (Monday) for further case management on the defendant’s application,” he said after the case management in the chambers of High Court Judge Datuk Rozana Ali Yusof.

It was attended by lawyer Nor Hazira Abu Haiyan representing Najib and senior federal counsel Ahmad Hanir Hambali on behalf of the Malaysian government.

Pua sued Najib and the government on Jan 16, 2017 for alleged misfeasance in public office over the 1MDB case and sought general, aggravated and exemplary damages, interest, costs and other relief as deemed fit by the court.

Pua claimed that Najib was a public servant because he was the Pekan MP, the prime minister then and chairman of the 1MDB board of advisors, and in that capacity, he had both direct and indirect roles in the decisions and direction of 1MDB.

The High Court had dismissed Pua’s suit on the grounds that Najib was not an officer in public office and hence could not be indicted for alleged misfeasance in public office.

Pua also lost his appeal at the Court of Appeal in July 2018 when it upheld the High Court’s decision.

However, he obtained permission to appeal to the Federal Court.

On Nov 19, 2019, the Federal Court ruled that Najib during his term as prime minister was a public servant and could be sued for alleged misfeasance in public office.

The court decided that Pua can proceed with his claim against Najib and the government of Malaysia by way of trial in a civil court.