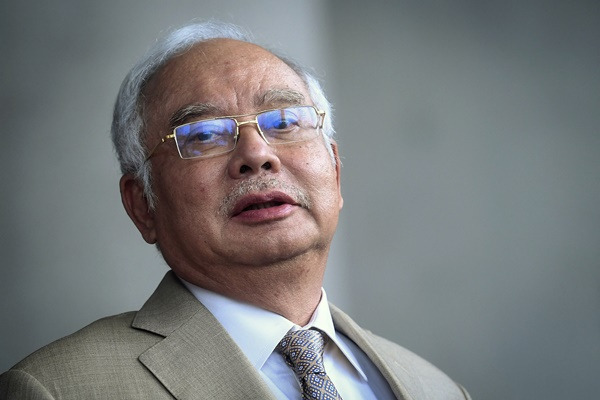 KUALA LUMPUR: The prosecution in Datuk Seri Najib Tun Razak’s SRC trial today applied to impeach the credibility of the former prime minister following contradictions in his testimony in court and statement given to the Malaysian Anti-Corruption Commission (MACC).

Appointed prosecutor Datuk V. Sithambaram made the application before Judge Mohd Nazlan Mohd Ghazali  to begin impeachment proceedings against Najib under Section 145 and 155 of the Evidence Act.

At the outset of the hearing, Najib agreed with Sithambaram that there were serious contradictions in his testimony and what was recorded by the MACC.

Sithambaram had asked Najib whether he agreed that there were serious contradictions in what he stated in his witness statement and what was recorded by the MACC when he was questioned by the graft busters in the course of investigations into SRC International affairs.

To another question, Najib admitted that what he told the MACC and what he was saying in court, were very different.

However, Najib said there was a reason for this. He tried to explain but the prosecutor told him he would have the opportunity to do so later.

Najib’s lawyers Tan Sri Muhammad Shafee Abdullah and Harvinderjit Singh said their client had explained the difference in his statement recorded by the MACC.

After a break in the hearing, the High Court dismissed the prosecution’s application with the judge saying that there was no material contradiction with Najib’s statement to the MACC and his testimony in court.

The Pekan MP continue took the stand in the witness box and he was then cross-examined by Sithambaram.

Last year, the High Court ordered Najib, 67, to enter his defence on seven charges of misappropriating RM42 million in SRC International Sdn Bhd funds, comprising three counts of criminal breach of trust (CBT), three counts of money laundering and one count of abuse of position in relation to the SRC funds.