KUALA LUMPUR: A total of 114 individuals including six Singaporeans have been arrested by police for participating in an initiation ceremony for members of the ‘Double Seven’ secret society here.

The gang leader was among those arrested during the raid conducted by the Bukit Aman Anti-Vice, Gambling and Secret Societies Division (D7) on a premises in Jalan Genting Klang on Saturday, Criminal Investigation Department director Datuk Huzir Mohamed told Bernama today.

“During the raid, police also seized several samurai swords and other items used in the ritual to join the gang.

“Those arrested comprised 107 local men, a local woman, and five men and one woman from Singapore,” he said.

Huzir said all the suspects had been brought to the Magistrate’s Court for remand and they are being investigated under the Societies Act 1966. 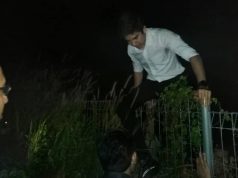