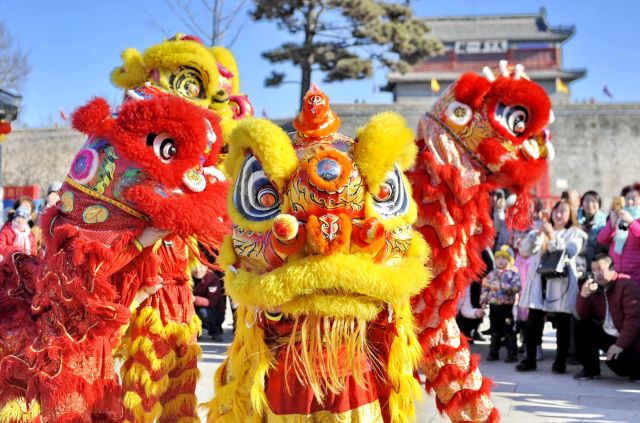 KUALA LUMPUR — Although the lion dance is associated with the Chinese community, 48-year-old J.Vengadesa Perumal has proven that racial differences are no obstacle for him to master it.

It all began when he would get excited at hearing the rhythm of the drums, cymbals, and gongs played at Chinese New Year celebrations, and Vengadesa who is popularly known as J Desa, is today a lion dance teacher.

Reflecting on his past, the Kuala Lumpur-born Vengadesa from Jalan Ipoh said the house where he grew up was near a Chinese-majority village, which allowed him to get a close look at the skillful lion dancers.

“ I lived next to the Chinese village, so every year, I would hear the drums which made me fall in love with the mesmerising beat. Whenever I hear the pounding on the Chinese drums, I would look for the place where the dance is being performed and wonder if I could join the troupe,” he told Bernama here recently.

His desire to become a lion dancer became reality when he began his career at Malaysia Airlines (MAS), which had the MAS Golden Lion, a lion dance troupe consisting of its crew of various races.

“When I began my career with MAS, I found there was a lion dance group, so I thought this was my chance and joined up without a moment’s hesitation,” said Vengadesa who worked as an assistant storekeeper at the airline in the early 90s.

Admitting that being part of a lion dance troupe was not easy as it required discipline, precision, and courage, he said his passion for the lion dance help him tackle the challenges.

“I took almost a year to master the dance, it was tough but I had set my mind that this (lion dancing) was not difficult. In the beginning, I was given the responsibility of being at the tail end which  was the hardest part.

“Later, I was placed at the head of the lion, and at the same time, I learnt to play the musical instruments. To be part of the dance troupe, one not only have to learn the dance but also master all the other aspects,” he said.

The father of three who is now a proud owner of a lion dance club specially for the Indian community known as Bobcat Z said to learn the traditional dance of another race is a source of pride and can create a feeling of togetherness among the community.

He is also proud that his passion has passed on to his twin sons,  V. Sangjai and V. Shaarean, who learnt to perform the lion dance two years ago when they were both 11 years old.

The dance, he said, is performed by two dancers – one in the front with a moving head costume, and the other at the back to manipulate the back of the costume and move like a lion.

He added that the performance has no taboos and has not changed even though the world has evolved, and it has retained its unique and vibrant qualities.

“The Chinese believe that the lion dance which is accompanied by gongs, drums, and firecrackers, will bring abundant fortune and wealth to them,” he said.

He said lion dances are not only performed during the Lunar New Year celebrations but also during  weddings, birthdays, and business launches as a symbol of unity and harmony among the multi-racial people in the country. 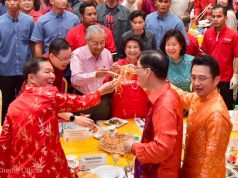 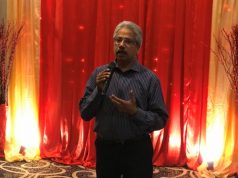